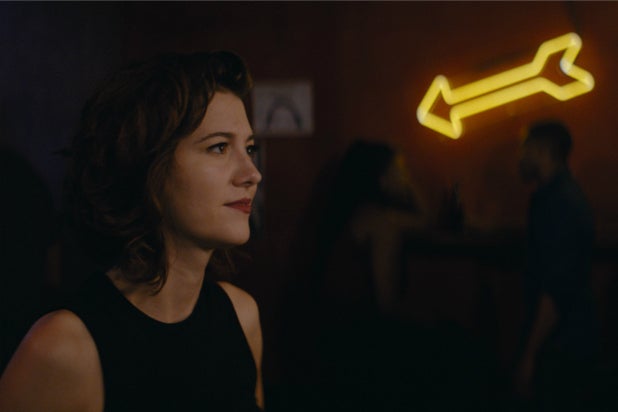 In “All About Nina,” a scabrous drama about comedy and other serious matters, first-time feature director Eva Vives (who co-wrote “Raising Victor Vargas”) has a lot to say and finds some provocative ways to express it all.

A major late-act revelation, in particular, is likely to be a significant talking point after screenings.

But the movie’s deepest emotional impact comes from an electrifying star turn by Mary Elizabeth Winstead. The reliably excellent Winstead takes charge from the moment she swaggers on screen as Nina, a 33-year-old stand-up whose brutal cynicism hides a lifetime’s worth of secrets.

For one thing, she’s not quite as together as she appears on stage. She vomits after every show from nerves, drinks way too much far too often, and is involved in an abusive relationship with a married cop (“Gossip Girl” alum Chace Crawford, convincingly scummy).

She’s ready to leave her unhappy New York life behind, though, and gets her agent (Angelique Cabral, “Life in Pieces”) to set her up in LA. Soon she’s crammed into a Mini Cooper, moving in with a spiritual writer named Lake (Kate del Castillo, “The 33”), and attending a mystical fundraiser for a cat sanctuary.

“I’m water-based,” Lake gently explains, by way of introduction. “I’m whiskey-based,” Nina responds, as baffled as any New Yorker would be.

Things seem to pick up when she meets Rafe (Common), who would like to be her first real boyfriend. But the odds that both of them will traverse an inevitably rocky road seem increasingly slim.

The intensely charismatic Common should be cast as a lead more often, but he’s poorly served here by an ill-conceived role that undermines his character right away. Since Nina and Rafe’s relationship is half the story, this does leave the movie feeling a little lopsided. It’s as if Vives knew that a conventional romantic arc was too constraining for her complicated heroine but felt obliged to make the effort anyway.

The strongest parts of the movie, in fact, are those populated entirely by women. An amusingly new-age argument between Lake and her girlfriend (Clea DuVall) and a wrenching phone call between Nina and her mom (Camryn Manheim) are highlights.

But it’s an underplayed moment in which Nina and several other female comics audition for an “SNL”-style show that exemplifies Vives’ most interesting intentions: to take us where we’ve been before, from a new perspective. (An underused Beau Bridges plays the Lorne Michaels-esque producer.) As the ladies sit around making each other laugh and cutting each other down, we realize how often we’ve seen similar scenes — and how rarely with women.

There’s a much trickier and more dramatic segment later in the film, which isn’t as deftly written. But it is played with stunning power by Winstead, who fully sells every up, down and reversal Nina experiences. Though the material isn’t quite ready for primetime, Winstead once again proves herself a major player.