Rhoyle Ivy King, who played nonbinary character Nathaniel Hardin in 10 out of 13 episodes in the first season of “All American: Homecoming,” has been upped to series regular for Season 2, The CW confirmed to TheWrap on Tuesday.

The “All American” spinoff, which stars Geffri Maya and Peyton Alex Smith, is set at fictional historically Black college Bringston. Nathaniel — a prelaw student and stylist on the series— uses she/her pronouns, while King uses he/him/they.

“Promoting Rhoyle to a series regular this season was an absolute no brainer. He stole our hearts with his talent and joie de vivre the minute he stepped into that audition,” said executive producer Nkechi Okoro Carroll. “Bringston would not be the same without Nathaniel.” 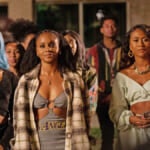 Also Read:
‘All American: Homecoming’ Renewed for Season 2 at The CW

Ahead of the series premiere in February, Carroll, said Nathaniel, whom King helped her create, “is one of my favorite characters to write on the show.”

King is repped by Established Artists. He will costar in Ryan Murphy’s “Monster: The Jeffrey Dahmer Story” starring Evan Peters, which premieres on Netflix later this year. 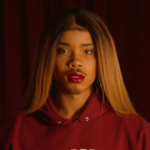