At long last, all 25 James Bond films will be available for streaming in one place, with the entire 007 franchise officially landing on Amazon Prime Video starting next week on October 5.

For years due to various rights issues, the Bond movies were scattered across numerous disparate streaming services and never all in one place, with some — namely a couple of the Daniel Craig entries — being especially tricky to track down for streaming. As part of the 60th anniversary celebration for Bond, but also in no small part thanks to Amazon’s acquisition of MGM earlier this year, that’s finally changing, and Bond fans now have access to all the films as included with a Prime Video subscription.

However, Amazon specifies that the films will only be available “for a limited time,” and that includes subscribers in the U.S. but also the U.K., Australia, India, Italy, Japan, Mexico/Latin America (excluding Brazil), Spain, and Southeast Asia. All 24 films excluding the most recent “No Time To Die” will be available for a limited time in territories including Germany, Sub-Saharan African and Brazil. 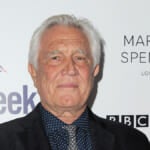 Those 25 James Bond films, in chronological order of their release, are: “Dr. No,” “From Russia with Love,” “Goldfinger,” “Thunderball,” “You Only Live Twice,” “On Her Majesty’s Secret Service,” “Diamonds Are Forever,” “Live and Let Die,” “The Man with the Golden Gun,” “The Spy Who Loved Me,” “Moonraker,” “For Your Eyes Only,” “Octopussy,” “A View to a Kill,” “The Living Daylights,” “Licence to Kill,” “GoldenEye,” “Tomorrow Never Dies,” “The World Is Not Enough,” “Die Another Day,” “Casino Royale,” “Quantum of Solace,” “Skyfall,” “Spectre” and “No Time To Die.” Amazon on Thursday released a teaser video splicing together iconic moments from the series that you can watch above.

As a bonus, also coming to Prime Video is the documentary film “The Sound of 007,” which is directed by BAFTA nominee Mat Whitecross (“The Kings,” “Oasis: Supersonic,” “The Road to Guantaìnamo”) for Prime Video and MGM. The feature documentary pulls back the curtain on six decades of James Bond music and shows the history of theme music going back to “Dr. No” and up through Billie Eilish’s Oscar-winning turn for “No Time to Die.” Check out a trailer for it below.

Amazon will also be live streaming a concert film, “The Sound of 007: LIVE from the Royal Albert Hall,” which will be a charity concert on Oct. 4 at the Royal Albert Hall in which guest vocalists all curated by Bond composer David Arnold and performing the iconic Bond themes. Following the concert, a custom Duesenberg guitar signed by Michael G. Wilson, Barbara Broccoli, David Arnold, and the artists will be auctioned online at Christie’s to raise additional funds for the music charities.

Daniel Craig last year appeared in his final Bond film for “No Time to Die,” and the search is on by EON to see whom will portray 007 in an eventual 26th installment of the franchise.