“All Rise” is returning to the bench. OWN has revived the former CBS drama for a third season.

Additionally, HBO Max and Hulu have acquired subscription streaming rights to all episodes of “All Rise” via a deal with Warner Bros. Domestic Television Distribution. Episodes from the first two seasons will be available starting Dec. 1.

The majority of the main cast, including star Simone Missick, is set to return. Marg Helgenberger was committed to another pilot when the show was canceled, so she will be unable to return as a series regular, an individual with knowledge of the project told TheWrap. 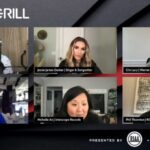 Also Read:
Why ‘Spotify Is Not a Marketing Plan’ in Landing a Hit Song, Record Label Execs Explain (Video)

“’All Rise’ has been a great performer, achieving strong ratings and growing its share from season one to two. Featuring a strong character front and center, Judge Lola Carmichael’s story reflects our audience with powerful affirmation,” OWN president Tina Perry said. “A special thanks to Warner Bros. Television and our incredible showrunner and longtime partner Dee Harris-Lawrence. We can’t wait to get started on season three and bring this show back for long-standing and new fans alike.”

Brett Paul, president, Warner Bros. Television, added: “We are incredibly thrilled that ‘All Rise’ will be back in court, and we are so thankful to our great partners at OWN for ruling in favor of another season of this powerful drama. Dee Harris-Lawrence and the creative team have done an incredible job of telling important stories about timely subjects which have been brought to life by Simone Missick and the show’s outstanding ensemble cast. We can’t wait for audiences to see what the ‘All Rise’ team has in store for season three. And we are also grateful to our partners at HBO Max and Hulu, without whose support this would not be possible.”

“All Rise” becomes the second series canceled by a broadcast network after last season to find new life. Netflix renewed “Manifest” for a fourth and final season in August after it was axed by NBC after three seasons. 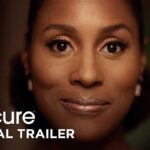 Also Read:
Issa Rae Gets Real With Herself – in a Mirror – in Trailer for Final Season of ‘Insecure’ (Video)