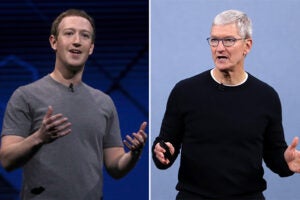 That makes “Allen v. Farrow” the largest debut for an HBO docuseries since “The Case Against Adnan Syed” nearly two years ago. (That one premiered on March 10, 2019.)

The Syed case was first popularized by podcast “Serial.”

The HBO series pieces together court documents, interviews and home footage taken by her mother, Mia Farrow, including tapes where her Dylan, then 7, recounts being sexually assaulted by Allen in an attic-like area of her Connecticut house in 1992. The series reexamines Dylan’s account, both as a child and now as an adult, and the high-profile custody battle that erupted between her parents after he became romantically involved with Farrow’s daughter Soon-Yi Previn.

Allen has long denied Dylan’s accusations; he was never charged with a crime after two criminal investigations into the matter. On Sunday, he and Previn put out their own statement about the series, calling it a “a hatchet job riddled with falsehoods.”

“These documentarians had no interest in the truth. Instead, they spent years surreptitiously collaborating with the Farrows and their enablers to put together a hatchet job riddled with falsehoods,” the statement read. “Woody and Soon-Yi were approached less than two months ago and given only a matter of days ‘to respond.’ Of course, they declined to do so.”

The series also provides an incisive look at how Allen and Mia Farrow were portrayed in media coverage and treated by the entertainment industry in the years before and after the #MeToo movement grew in prominence in Hollywood.

“Allen v. Farrow” premiered Sunday night on HBO at 9 p.m. ET/PT. Episodes 2-4 will air over the following three Sundays at the same time.