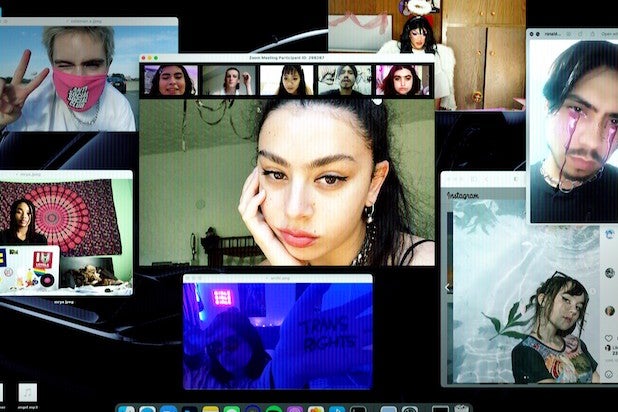 The new documentary “Alone Together” chronicles the making of Charli XCX’s latest album, “How I’m Feeling Now,” during the pandemic. The only problem was, the pop star had already livestreamed every step of the recording process to her fans. So how do you make a compelling behind-the-scenes film when everyone already knows the full story?

That was the challenge facing directors Bradley & Pablo, whose “Alone Together” premiered on Friday as the closing night film of SXSW. The documentary shows how Charli XCX made her experimental, electro-pop fourth album in just six weeks as a DIY project. Along the way, she shared her progress with her loyal fans (or “Angels”), and even incorporated their feedback and suggestions into the music. In much the same way, Bradley & Pablo went beyond making Charli the sole protagonist of their doc, instead looping in several of the fans who worked with her and highlighting their stories alongside hers.

“[Charli] already is super transparent and open, but for her fans, when you’re living that, you don’t really see it in all its glory. It’s our job to find our perspective on that and present it to the world,” Bradley told TheWrap. “I think we saw something in it that Charli wasn’t even aware of at the time — the scale and the reach and the importance of doing this project with her fans in this open way.”

Also Read: 'Alone Together' Film Review: Charli XCX Documentary Is For, and About, the Singer's Fans

“Luckily Charli was very honest and open and pretty diligent about filming herself most of the time,” Pablo added. “She was pretty open with how she was feeling; putting the camera on herself at times when a lot of people may not have.”

“Alone Together” is Bradley & Pablo’s directorial debut after the L.A.-based duo have built a career directing music videos for the likes of Harry Styles, Lil Nas X and Lizzo. They’ve worked with Charli XCX dating back to her “Vroom Vroom” EP and found themselves just five minutes up the road, but seemingly miles apart, from her during the pandemic.

And they already faced an uphill battle, as it wasn’t until the eighth day of Charli’s recording process that they even realized it was something that needed documenting. Ultimately, they combed through over 4,000 clips and interviews with fans over a 12-month editing period. 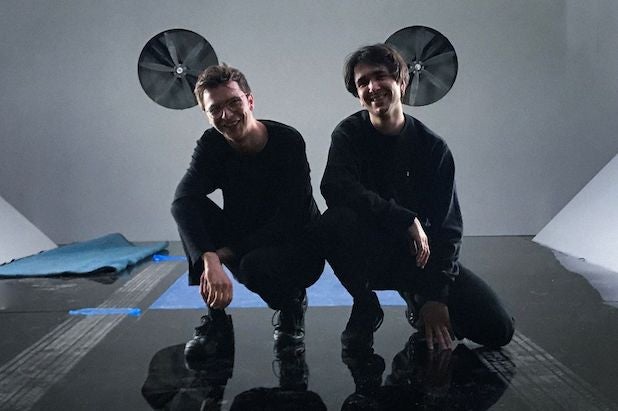 “We were already catching up, trying to figure out in our heads what the story was going to be, plus trying to get her to start documenting it in a proper way,” Pablo said. “The big thing was structure — really nailing in what we wanted to say and what was the theme of the film beyond Charli making an album. How do we weave all these interesting themes and nuggets into a cohesive narrative?”

“Alone Together” at times pulls directly from Charli XCX’s Instagram Live appearances, during which she chatted with fans and workshopped lyrics and beats in real time. At one point, she talked about how she felt “warped” by being stuck indoors, but commenters on the livestream successfully convinced her to use the word “exhausted” instead. The collaboration only grew from there.

“It’s putting yourself into a very vulnerable position, really. That process is often very private and something that people would often guard, so I think it’s a very brave thing that she would open that up and also probably ended up creating an album that will mean so much to people who felt like they were part of that project,” Pablo said.

“She took the parameters and boundaries of the pandemic and the challenges of isolation and turned them into opportunities,” Bradley added. “By the position she was in, she connected with people that she never would have connected to had it not had been through this situation. I think that inspired and drove her music and the amazing album she actually came out with.”

Charli XCX’s “How I’m Feeling Now” earned spots on several best-of-2020 lists and was shortlisted for the Mercury Prize. On the heels of that acclaim, Bradley & Pablo wanted “Alone Together” to spotlight the lesser known voices who contributed to the album, many of them young LGBTQ people who love Charli and feel a connection to her record but were also hit hard by the pandemic.

“It’s a 17-year-old kid from a small town who’s got really bad anxiety and social anxiety and mental health issues — it’s quite hard to present themselves in front of the camera and feel confident when you’re not there to guide them through the process. [That] was a challenging thing about making this,” Pablo said. “This weaving of perspectives; a lot of the way her fanbase would’ve consumed that during the process would’ve been seeing mainly her. So I guess in this way, we’ve given the fans a voice in this as well.”