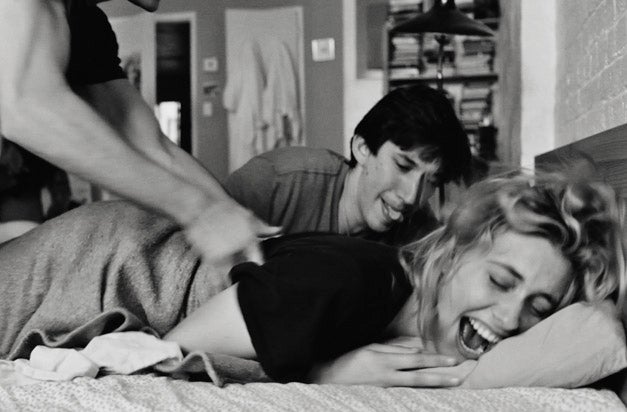 If this there’s any excitement to be found in the Academy Awards for this Oscar curmudgeon, it’s in the occasional moments of unpredictability. Think of the 2008 nominations: Tommy Lee Jones getting a Best Supporting Actor nod for “No Country for Old Men” would have been a shoo-in — but to be up for Best Actor for the little-seen “In the Valley of Elah”? Total ringer. Or perhaps the most famous ringer in memory: Marisa Tomei, whose nomination for “My Cousin Vinny” in 1992 put her up against the formidable opposition of Judy Davis, Joan Plowright, Vanessa Redgrave and Miranda Richardson. She was the ringer of the bunch right up until the moment when she won.

So while I’m currently enjoying “Alternate Oscars,” an entertaining book by legendary film critic Danny Peary in which he reassigns (and occasionally agrees with) the Academy’s choices from 1927- 1991, I will indulge in a little wishful thinking for my favorite would-be ringers of 2013, accepting no blame if they don’t make it to the Final Five and no credit if they do.

BEST PICTURE
“Frances Ha”
Even with up to 10 slots at the Academy’s disposal, there’s probably not even an outside chance that this deft, charming little character study (pictured above) is going to make it all the way to the big show. Nonetheless, this portrait of late-20-something Frances (indelibly portrayed by Greta Gerwig, who also co-wrote with director Noah Baumbach) feels so true and moving and funny and subtle that it’s the movie that’s stayed with me the most this year, and the one I suspect I’ll be returning to more than others from the last 12 months.

BEST DIRECTOR
Shane Carruth, “Upstream Color”
One of the most dazzling cinematic high-wire acts of this or any year, Upstream Color often feels like the film equivalent of looking at a Seurat painting — lots of narrative blobs come flying at you, and you have to patiently process them all until, at the end, a picture emerges. This is the very definition of independent filmmaking (one can’t imagine the sort of studio notes these dailies would have prompted), and Carruth runs a tight ship; not only did he write, direct, co-star, co-edit (with David Lowery) and score the movie, he also distributed it himself.

BEST ACTOR
Simon Pegg, “The World’s End”
If Pegg gave this performance in a dramatic movie about a recovering addict, he might have a better chance. But since Edgar Wright’s capper to his “Cornetto trilogy”
is both a sci-fi movie and a comedy, two genres that have generally been deal breakers with Oscar voters, his appearance in this category would be as much of a twist ending as the one in this smart and underrated coming-of-middle-age film (which Pegg and Wright co-wrote).

BEST ACTRESS
Robin Weigert, “Concussion”
The movie scored a Best First Film nomination at the Independent Spirit Awards, but there was no room at the inn for Weigert (“Deadwood,” “Sons of Anarchy”). She gives one of the year’s most perceptive and empathetic performances as a frustrated wife and mother who, after getting beaned in the head with her son’s baseball, decides to chuck her suburban lifestyle, first restarting her career as an interior designer and then branching out into sex work of a very selective kind.

BEST SUPPORTING ACTOR
James Franco, “Spring Breakers”
About the only performance that rivals Franco’s portrayal of pure, untrammelled id would be Danny McBride’s, opposite Franco in “This Is the End.” But Franco’s turn as dreadlocked, braces-wearing rapper- dealer-pimp Alien (right) deserves the spotlight, if only because his “Look at my shit!” scene promises to be so quoted (and used in audition monologues) as to be the 21st- century “You talkin’ to me?” An Oscar nomination would be the perfect capper to Franco’s extraordinary year, which encompassed, among other things, two NC-17 Sundance movies, a Disney hit, a post-Apatow apocalyptic bromance, a highly rated Comedy Central roast, a turn as a Cajun-fried villain in a Jason Statham vehicle written by Sylvester Stallone and an ambitious attempt to bring an unfilmable William Faulkner novel to the big screen.

BEST SUPPORTING ACTRESS
Margo Martindale, “August: Osage County”
While the battling divas suck up most of the attention (and the air) in this big-screen adaptation of the Tony- and Pulitzer-winning Broadway hit, The always-reliable Martindale folds the movie up and puts it in her pocket, bringing real humor and pathos to a movie that’s mostly a cartoon. Her character’s big reveal provides a quiet moment of power that cuts through the film’s innate campiness and makes it, for one scene at least, about recognizable human beings.