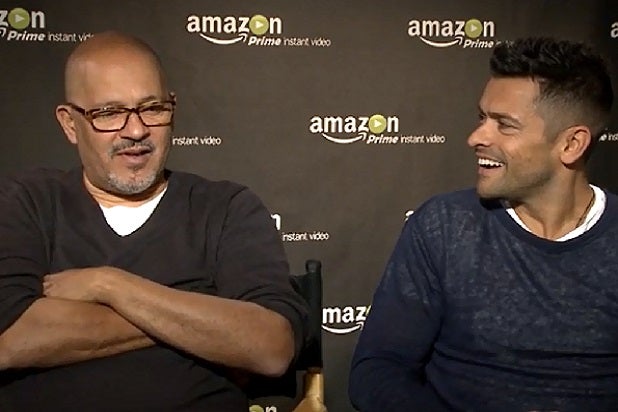 Amazon’s new original series “Alpha House” — from “Doonesbury” creator Garry Trudeau — might revolve around the comedic antics of a quartet of Republican senators/roommates, but rest assured, media-bias watchdogs: Both sides of the political aisle will be taking their lumps.

TheWrap sat down with “Alpha House” stars Mark Consuelos and Clark Johnson — who play senators Andy Guzman and Robert Bettencourt, respectively. The two chatted about the art of playing Republican, and the bipartisan skewering that the show — premiering Nov. 15 — will offer.

“We’re slamming all politicians. We’re having fun with everybody,” Johnson asserted. “Wanda Sykes is playing a Democrat senator, and Cynthia Nixon [will appear on the show as well], so they’ll give us a female presence and a voice from the left, but they’ll get lampooned down the road as well.”

“I think everybody gets their fair share of lumps,” Consuelos added.

As for what it takes for an actor to channel his inner GOP pol, Johnson noted, “Have a sense of humor, and try to see the humanity of those guys.”

Consuelos offered  his own requirement for capturing the Republican essence in one’s performance.