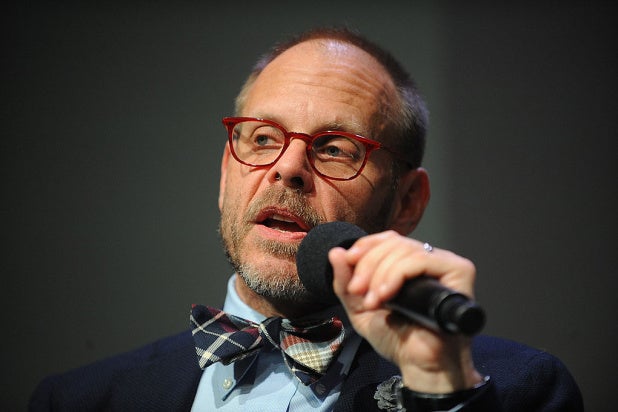 Popular Food Network host Alton Brown stepped in it a bit on Monday night when he admitted to all 4.5 million of his Twitter followers that he’s a lifelong Republican. Though has expressed in no uncertain terms a considerable disdain for Donald Trump, Brown still calls himself a conservative.

Brown tweeted: “I have voted Republican most of my life. I consider myself a conservative. I want to believe there are still ‘very fine’ people on both sides of the aisle but…if #GOP leaders don’t get their collective noses out of that man’s ass, we’re gonna have words.”

I have voted Republican most of my life. I consider myself a conservative. I want to believe there are still “very fine” people on both sides of the aisle but…if #GOP leaders don’t get their collective noses out of that man’s ass, we’re gonna have words.

A lot of folks, unsurprisingly, were not totally in love with Brown’s admission, even though he’s opposed to Trump. With many of these fans — former fans now, maybe — pointing out that the Republican agenda was not exactly effective or particularly uplifting before Trump came along.

Here’s a sampling of the frustrated replies.

in 2021, we must give Guy Fieri more respect. He would have never tweeted this. https://t.co/XfJ98iJkuJ

There are no good Republicans, only greedy shits and the people they lie to

Hey Alton lots of people are dragging you here, probably justifiably, but I’ll engage with you here: can you tell me the five main reasons you’ve voted Republican most of your life?

I regret every minute I spent watching your TV show. FOH.

but, but…they don't believe in science. how can you vote R?

Honey, you’re a day late and about damn a dollar short.

For a guy who made an entire show based around science, you've sure shown a lot of support for the party with nothing but contempt for it

Alton Brown was legit the first person who got me to really think about how, why, and what I was cooking and to expand my horizons in trying to make new things.
To learn he voted forever for people who hate me, a queer person, his whole life hurts a lot.

Alton Brown said gay people have the right to brine but not the right to get married. https://t.co/47S8wzkrqx

— i bless the rains down in castamere (@Chinchillazllla) November 10, 2020

Brown’s political allegiance is actually not all that surprising — while he hasn’t often often gotten overtly political in public, it’s not a secret that he’s extremely religious and enjoys exercising his 2nd Amendment rights.

The reason why people are upset at Brown’s “I have voted Republican most of my life” tweet, in case it isn’t clear, is the fact that Brown still considers himself to be a conservative Republican despite the takeover of the party by Trump and his supporters.

But even before Trump, Republicans have opposed LGBTQ rights and women’s reproductive rights, gutted the voting rights act, put the U.S. into endless wars in the Middle East, and so on. These fans of Brown above are frustrated that he accepted those things and stayed a Republican, and even now classifies himself as a conservative.

All that said, Brown may be leaning more generally toward the left now than that tweet would indicate. On Monday night, Brown also complained about the incumbent senators from Georgia, David Perdue and Kelly Loeffler, who both face runoff elections against Democratic challengers for control of the Senate.

My family has been in Georgia for at least 5 generations. I own multiple businesses in Ga. I employ Georgians. My home is Georgia. And my senators are embarrassing me and the state they are supposed to represent. @sendavidperdue and @SenatorLoeffler I am talking g to you.

So at least Trump isn’t the only Republican that Brown doesn’t like.