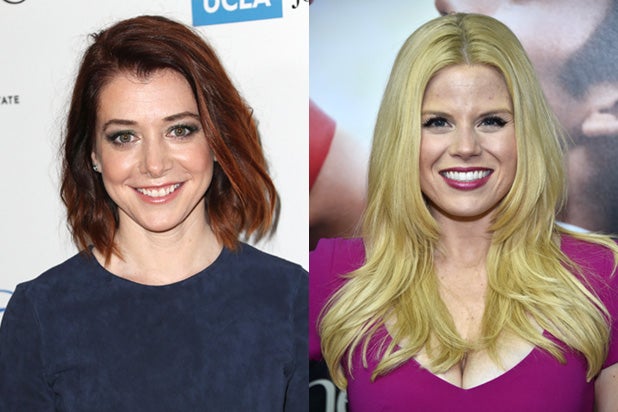 “How I Met Your Mother” alum Alyson Hannigan and “Smash” vet Megan Hilty have been cast in TV Land’s “First Wives Club pilot.

The actresses will play two of the three leads in the adaptation of the original 1996 film starring Diane Keaton, Bette Midler and Goldie Hawn. Rebecca Addelman wrote the script, and Jenny Bicks will executive produce the pilot from Paramount TV.

The series, set in modern-day San Francisco, follows three former friends and classmates who reconnect after their close friend from college dies in a freak accident.

Hannigan plays Maggie, an English professor and former aspiring poet who is inspired to leave her marriage by the death of her friend. Hilty plays Kim, once a very successful actress who has “aged out” of Hollywood, and is divorced with an eight-year-old son.