Amanda Seyfried knew that a big part of portraying Theranos founder Elizabeth Holmes in Hulu’s upcoming limited series “The Dropout” was getting the voice right… twice.

“I speak at such a higher level than she does naturally. So even though she was deepening her voice more and more to what we all understand is for power sake… I still couldn’t get all the way there,” Seyfried said on Tuesday during the show’s TCA press tour panel. “There was some different breathing and tricks, but I wouldn’t say, I don’t think I nailed it 100%. But I think I did what I needed to do for the audience to come with us, and that was really my only my only concern.”

Holmes, who was convicted of fraud after misleading investors about the accuracy of Theranos’ blood testing technology, was known for artificially deepening her voice in public. “I am a little worried about what people are gonna say about the voice, but at the end of the day, I’m an actor and I’m not her, and I did my best to capture the oddness of it,” Seyfried said. 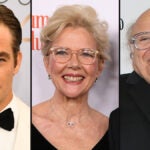 Also Read:
Chris Pine to Star in and Make Directorial Debut on ‘Poolman’ With Annette Bening and Danny DeVito

The Hulu series, which premieres on March 3, tells the story of Holmes and Theranos, crafting an “unbelievable tale of ambition and fame gone terribly wrong.” The official synopsis asks, “How did the world’s youngest self-made female billionaire lose it all in the blink of an eye?”

Liz Meriwether, who serves as showrunner, said it was important that Seyfried’s “Holmes Voice” was not meant to be a punchline, considering that the former Silicon Valley darling has been mocked endlessly over her clearly-fake voice. Meriwether said they were much more interested into figuring out why Holmes would change her own voice.

“I didn’t want it to be at all a sketch or a satire. And so what was incredible about what Amanda did was that she kept herself and she kept the the emotional reality going while transforming into this into this character,” she said. “You never get taken out of the story, which I was sort of worried that there’s so much emphasis on her voice in the public imagination. I was worried that that was going to kind of take the audience out of the story.”

The Dropout” premieres on Hulu on March 3 with the first three episodes, and new episodes will stream weekly.