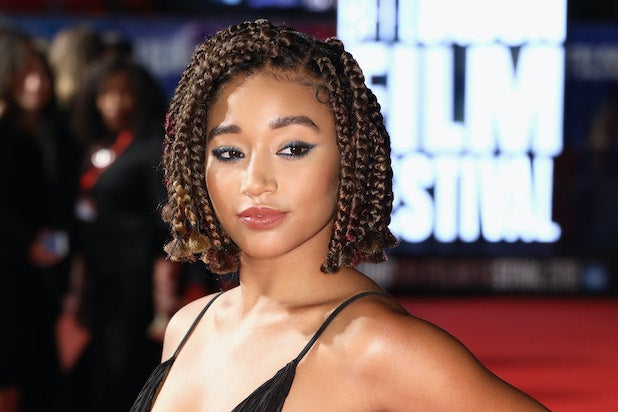 “The Hate U Give” star Amandla Stenberg has joined the cast of the film adaptation of “Dear Evan Hansen” at Universal and features the music and lyrics from “La La Land” duo Benj Pasek and Justin Paul.

Stenberg will play the role of the high school senior Alana, which has been expanded and re-conceived from the original stage musical; it will now have Stenberg singing a new song that she will also write in collaboration with Pasek and Paul.

“Dear Evan Hansen” is the story of a high school senior who has severe social anxiety and has trouble connecting with others and making friends. After the suicide of a classmate, Hansen gets caught in a lie that brings him closer to his classmate’s family. Stenberg’s Alana in the film has a cheery facade and a social-media-savvy, but it masks her deeper loneliness and isolation.

Stephen Chbosky (“Wonder,” “The Perks of Being a Wallflower”) is directing “Dear Evan Hansen.” Ben Platt, who played Hansen on stage, is expected to reprise the title role, and “Booksmart” star Kaitlyn Dever was also reported back in June to be in talks.

Steven Levenson, who wrote the book for the stage musical, wrote the script. Marc Platt (“La La Land”) and Adam Siegel will produce for their Universal-based banner Marc Platt Productions.

Stenberg is also known for her roles in “Everything, Everything” and “The Darkest Minds,” and she most recently starred in the Netflix series “The Eddy.” She is represented by UTA and Del, Shaw, Moonves, Tanaka, Finkelstein & Lezcano.