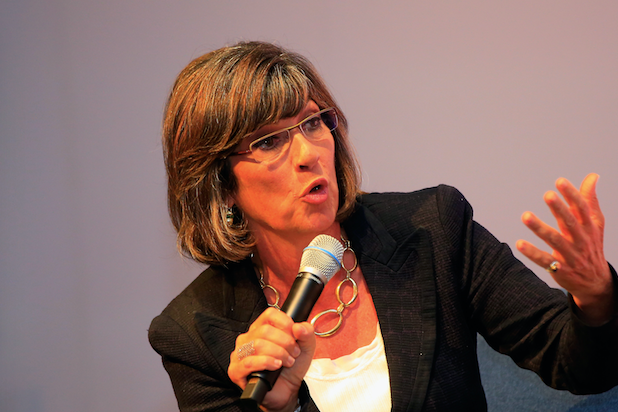 Christiane Amanpour on Monday expressed “regret” for her Friday comparison of President Donald Trump to a pivotal moment in the Holocaust.

“And finally tonight, a comment on my program at the end of last week,” said the CNN International anchor. “I observed the 82nd anniversary of Kristallnacht, as I often do. It is the event that began the horrors of the Holocaust. I also noted President Trump’s attacks on history, facts, knowledge, and truth. I should not have juxtaposed the two thoughts. Hitler and his evils stand alone, of course, in history.”

She went on, “I regret any pain my statement may have caused. My point was to say how democracy can potentially slip away, and how we must always zealously guard our democratic values.”

Her on-air statement came after the Diaspora Affairs Minister of Israel called on her to apologize and the Anti-Defamation League bolstered the call for an apology.

The call for an apology, reported by the Jerusalem Post, came after Amanpour spoke Friday about Kristallnacht, the night of Nov. 9, 1938, in Nazi Germany. Nazi leaders encouraged people to riot and destroy synagogues and other Jewish-owned buildings and businesses. Amanpour said it was the event that “led to genocide against a whole identity.”

She went on to draw a comparison from the underlying issues of Kristallnacht to issues she said are present today under the Trump Administration; “After four years of a modern-day assault on those same values by Donald Trump, the Biden-Harris team pledges a return to norms, including the truth,” she said.

In calling for an apology Sunday, Diaspora Affairs Minister Omer Yankelevitch said, “Using the memory of the Holocaust for cheap headlines or a political agenda is concerning and distorts the historical and moral truth.”