(Spoiler Alert: Please do not read this if you haven’t yet watched Friday’s “The Amazing Race” season finale)

“The Amazing Race” Season 28 came to a thrilling and emotional conclusion Friday with three remaining teams of social media stars racing back to the United States.

Tyler Oakley and Korey Kuhl, Vine teen heartthrob Cole LaBrant and his mom Sheri, and engaged dance sensation Dana and Matt had to jump off skyscrapers, fly over the southland, rappel across a canyon and rack up a giant word puzzle.

And all this came after they had been globe-trotting around the world through Aremenia, China, Colombia, Mexico, Bali, France and more for the CBS reality competition.

Co-creator and co-executive producer Elise Doganieri answered TheWrap’s “exit interview” questions about the finale and this quasi-celebrity season, won by — this is your last chance to not be spoiled! – engaged dancers Dana Alexa and Matt Steffanina. 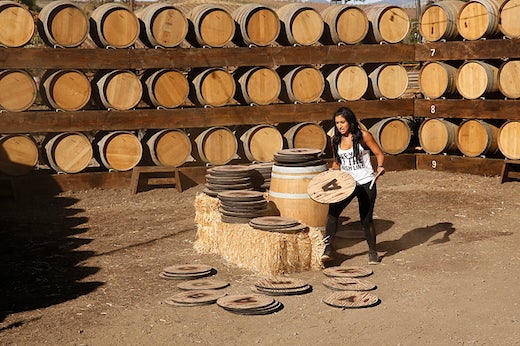 The final task of the season (CBS)

TheWrap: Two of the three teams competing in the final leg are from L.A. Do they have a “home court” advantage in the finale city?

Elise Doganieri: When teams learn where the final city is, they do discuss a “home court” advantage if one team is from there. However, “Race” history has shown that you’re just as likely to lose in your home city as win. Most famously in Season 1, a team from NYC felt incredibly confident throughout the final leg since they lived there, but they ended up losing in the end. 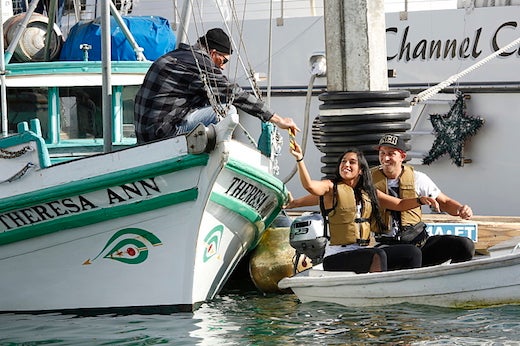 What was the defining moment of the season? The French Alps, camel racing in Dubai, beach kite flying in Bali? Or Tyler Oakely’s one liners leading into the main titles every week?
The defining moment for me was Chamonix (France) when I really saw teams step up to facing some of their fears and also enjoy the shear winter wonderland flying over the French Alps. Bertram and I are reminded every season that the world is a beautiful place and so are the people in it.

Can you walk us through what happens after the finish line check in? At some point after you have enough shots of celebrations and hugging, do you just stop filming and put down the cameras?
After teams cross the finish line, we do a couple of fun group photos and then we meet with each of the top three teams for their final interview, which is followed by everyone getting together for a wrap party.

It’s a fun night where everyone can finally relax and celebrate what they have accomplished. The best part is teams don’t need to worry about what flights they need to catch the next day or wonder what country they are in when they wake up. And for this season especially, teams were very happy to get their phones back and reconnect with all their social media fans! 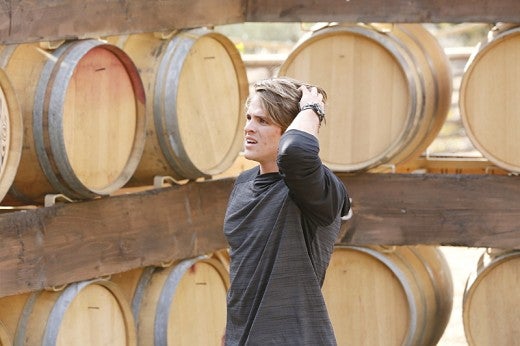 The giant finish line mat is the star in every season finale, but is it the one piece of your production kit that never leaves the country?
The #AmazingRace finish mat spends 363 days of the year rolled up in our production office, it has never left the country. Twice a year we take it out, have it cleaned and send it to the finish line. 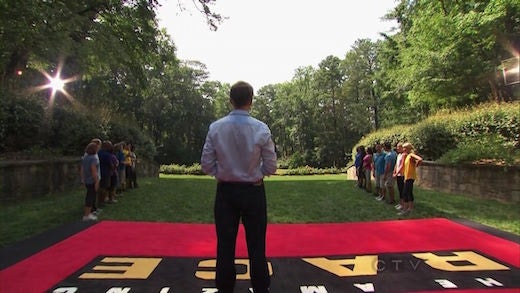 I can relate to how hard it was for the eliminated contestants to be disconnected from social media as many of their fans are probably like family, which is what I have the hardest time being away from while I am traveling.

I think some contestants may have enjoyed the first couple of days being disconnected. I don’t think any of them would admit that. After a few days, I know it was not easy for them. Especially with all the amazing places they went to and the challenges they did, I’m sure they would have liked to tweet or send a Vine or YouTube video of all their experiences on the road.

Speak directly to our audience: What’s your message for Emmy voters?
My message to all Emmy voters is this: “Amazing Race” is so many dreams come true in one show for our contestants and viewers. It’s travel, it’s adventure, it’s a race, it’s drama and comedy in every episode.

But at its core, it is a show produced by a completely dedicated team of producers and crew who work tirelessly around the world faced with challenges to make the show. We have our own “Amazing Race” behind the scenes to make sure everything is in place when the contestants arrive in each city. Traveling about 25,000 miles around the globe, filming on different continents to shoot 12 episodes in 21 days is a thrilling and challenging adventure that we love to do season after season.

We spoke with your fellow producer Jerry Bruckheimer earlier this week. He told us that you guys always have more good ideas up your sleeve. Can you project on the future of the “Race”? What do you have to do in the next season shooting this summer to make sure this becomes a multiple season pickup?
Jerry Bruckheimer is right, we do have more good ideas up our sleeve. Hmmm, what can I say … to be honest I have to keep it all under wraps but I will tell you, we have a fantastic cast lined up, exciting new places and challenges, and a new twist like you have never seen before.

“The Amazing Race” returns this fall on CBS.