(Spoiler alert: Please do not read on if you have not yet watched Friday’s episode of “The Amazing Race”)

And as the season speeds along at a rapid pace, co-creator and co-executive producer Elise Doganieri answers TheWrap’s questions about the most recent episode.

TheWrap: With Blair’s [Fowler] departure on tonight’s episode, we see the breakup of the showmance with Brodie Smith. Did they get to say goodbye, did you shoot it and will it end up on the YouTube channel?

Elise Doganieri: Blair did get to say goodbye to Brodie but you’ll have wait until next week’s episode to see it. 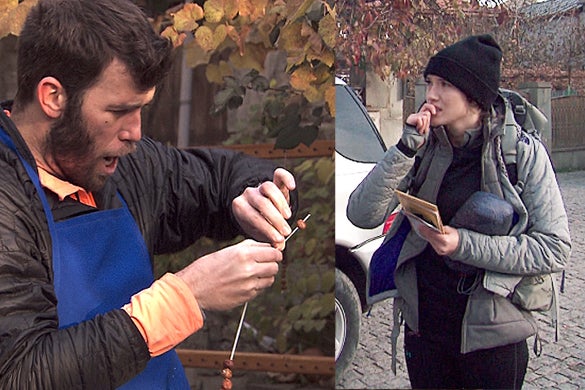 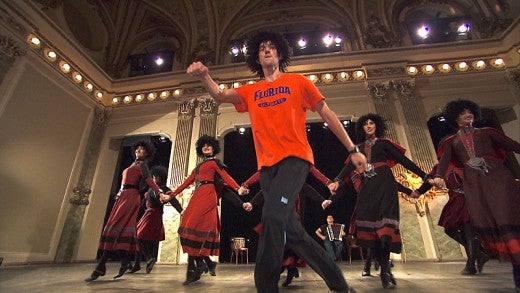 The dance above was no two-step. During the challenge testing phase, who from your team tested this and how did they do against the actual performance of the racers?
During the testing phase, our challenge department tried the dance. This really was the best way, as none of them have ever had a dance lesson.

We had a good laugh watching them! I find the dance challenges to be difficult but also fun. I tested this [too]. It took a while, but I got it … eventually. 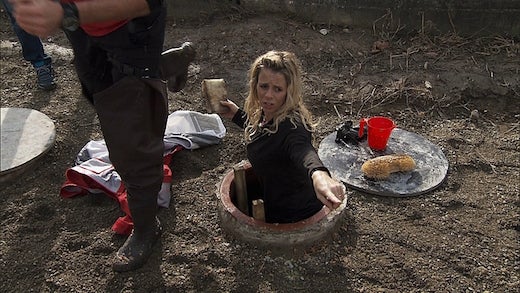 How long did it take the teams who completed the “string” candy task (Zach/Rachel, Kurt/Brodie, Daddy/Blair) to finish it? And how long did it take Sheri/Cole as the first team to finish the wine cleanout? On average, which one was actually faster?
On average it took the teams about 30 minutes to complete the “string” candy task. Sheri and Cole finished the wine cleaning task in about 20 minutes but the location was a little bit further out of town.

The two tasks as a whole took about the same amount of time as we also factor in how long it takes on average to get to the locations.

Don’t underestimate how important it is to “read the clue.” Sometimes this makes the difference between teams finishing the task faster by just following the directions.

With “American Idol” signing off the air this week, the “Race” overtakes one of the iconic shows of all time — you were on-air before them — and still on-air after them. How do you feel about twin milestones of being picked up for another season and seeing one of the reality shows from our generation sign off?
We feel very fortunate to be on CBS, and we truly appreciate all of our wonderful fans, who continue to watch the show season after season.

We love producing “The Amazing Race” and everyone on our team works extremely hard to make each season better than the last. It’s always sad to see other shows go off the air, but we hope to keep “The Amazing Race” going for many more years.