(Spoiler Alert: Please do not read on if you have not yet watched Friday’s episode of “The Amazing Race” in Shenzhen, China)


“The Amazing Race” Season 28 has featured stars from across social media including Tyler Oakley, “Magic Viner” Zach King and Vine teen heartthrob Cole LaBrant globe-trotting around the world for the CBS reality competition.

And as the season speeds towards the season finale next Friday, May 13, co-creator and co-executive producer Elise Doganieri answers TheWrap’s questions about the most recent episode. 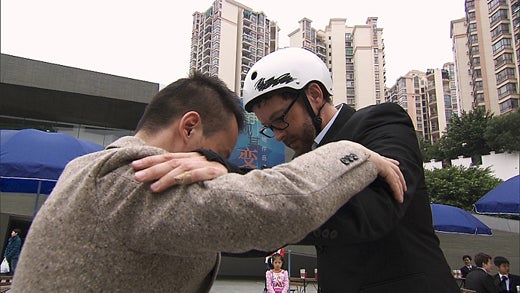 On the flipside, how far behind were Sheri and Cole leaving the theme park? What were some of the inside crew jokes and banter on that day about having your show’s motto “The World Is Waiting for you” laid out before you in one place?
Sheri and Cole were about 40 minutes behind the other teams leaving the park. They made up a lot of ground on Burnie and Ashley. When we scouted Window of the World, we just knew we had to do something there. I don’t think there’s ever been a more ready-made location for an “Amazing Race” challenge. 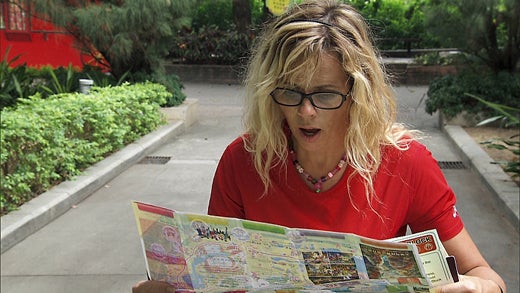 Let’s talk about the Tyler/Korey vs. Burnie fued that bubbled up on this episode, has this tension and cattiness been there the whole season and we are just seeing more of it now, or is this something that ramped up in this leg with the end in sight?
There wasn’t tension between the teams throughout the season. They were on friendly terms in the last leg when their U-turn plan eliminated Brodie and Kurt.

But when teams get to the final four, all bets are off and everyone gets more competitive. Nobody wants to be the last eliminated before the final three and everyone viewed Burnie and Ashley as a major threat. 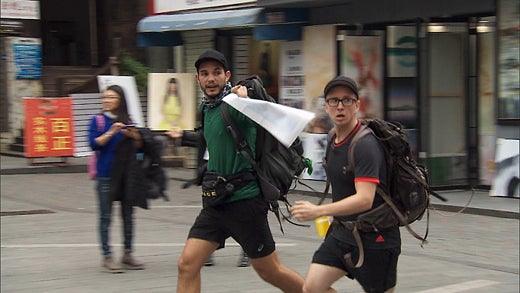 In many recent seasons, you’ve had four teams race to the finish, eliminating one along the way. What goes in to the thought of a final three vs. a final four?
We did four teams in the finale twice in a row and we were happy with the results. We may or may not do it in the future. We want to keep teams and audiences on their toes. The thought of going into the finale show with four vs. three is that there is a better chance of having more teams racing and the possibility of teams racing closer together, really amping up the high stakes of winning the final leg. 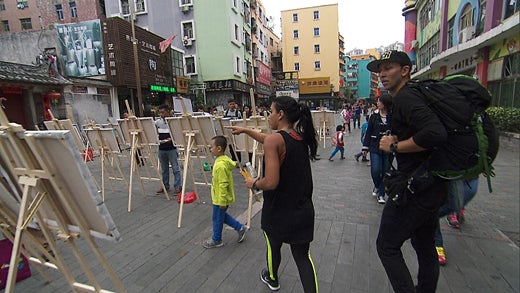 @EliseDoganieri tweets in real time each Friday during the east coast feed of the “Amazing Race.”