Amazon is demanding that Federal Trade Commission chair Lina Khan recuse herself from the agency’s review of the tech giant’s purchase of MGM Studios because of her previous public statements against the company.

“Given her long track record of detailed pronouncements about Amazon, and her repeated proclamations that Amazon has violated the antitrust laws, a reasonable observer would conclude that she no longer can consider the company’s antitrust defenses with an open mind,” Amazon wrote in a filing with the FTC on Wednesday.

A representative for the FTC did not immediately respond to TheWrap’s request for comment.

An Amazon spokesperson expanded on the company’s recusal request in a statement provided to TheWrap:

“While we have the utmost respect for FTC Chair Khan, her work for the Open Markets Institute (a longtime Amazon critic), law journal articles, and role as a chief author of the House Judiciary Committee Antitrust Subcommittee report all reflect preconceived views about the company that she has repeatedly confirmed in media interviews. Amazon should be scrutinized along with all large organizations. However, even large companies have the right to an impartial investigation. Chair Khan’s body of work and public statements demonstrate that she has prejudged the outcome of matters the FTC may examine during her term and, under established law, preclude her from participating in such matters.”

Khan is the youngest person to ever serve as chair of the federal agency and has been an outspoken critic of Big Tech.

While Khan was at Yale Law School in 2017 she wrote a paper titled “Amazon’s Antitrust Paradox” that was highly critical of Amazon, accusing the retail giant of circumventing antitrust oversight because the current laws are not robust or nuanced enough. 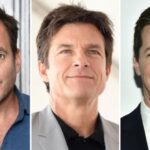 Last month, Amazon agreed to buy MGM for $8.45 billion. The deal represents tech giant Amazon’s biggest entry into the entertainment content business, as well as its second-largest acquisition behind its $13.7 billion deal to buy Whole Foods in 2017.