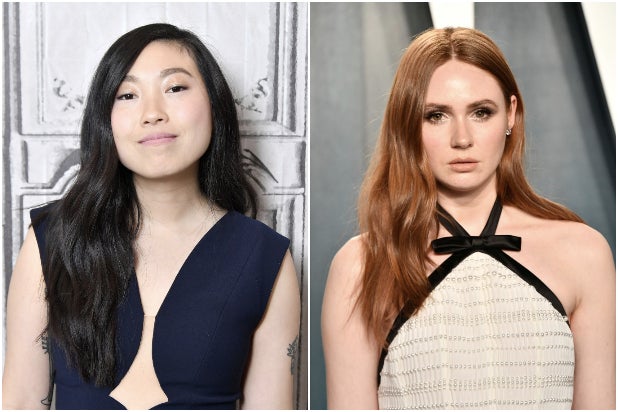 Amazon Studios has acquired the rights to develop a script package for an action comedy called “Shelly” that will star Awkwafina and Karen Gillan, an individual with knowledge of the project told TheWrap.

Awkwafina and Gillan, who both starred in “Jumanji: The Next Level,” will star in the film from director Jude Weng based on the script by Michael Doneger and Liz Storm.

The story involves Awkwafina as an assassin whose next target is her high school bully played by Gillan. Gillan’s prank at their high school prom was responsible for turning Awkwafina into a hardened killer, but she finds it difficult to complete her job when the two become friends, and she’s now forced to protect Gillan from other would-be assassins.

Ian Bryce on behalf of his Ian Bryce Productions will produce “Shelly.” Will McCance will executive produce, and Katie Malott will co-produce.

Awkwafina will be seen in “Breaking News in Yuba County” and is working on Marvel’s “Shang-Chi and the Legend of the Ten Rings.” She also lent her voice to the new “Spongebob” film and the Disney animated movie “Raya and the Last Dragon” and will be a voice in Disney’s live-action “The Little Mermaid” remake.

Gillan was seen in this year’s “Call of the Wild” and will next star in the action film “Gunpowder Milkshake.”