Amazon is planning to lay off approximately 10,000 employees beginning this week, The New York Times reported on Monday.

The cuts will be made in the devices sector, which includes staffing for the voice assistant Alexa, according to the Times’ anonymous sources. If those numbers are accurate, it would be the largest in the company’s history but would still be less than 1% of Amazon’s global workforce of more than $1.5 million and 3% of its corporate employees.

The news comes just before the usually busy holiday season. 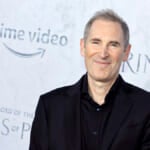 Also Read:
Amazon’s Commitment to Hollywood Is Serious, CEO Says: ‘We’re in It for the Long Haul’

Amazon shopping sales soared during the pandemic, but the company’s growth dipped to its lowest in 20 years as inflation rates rose this year, losing $1 trillion in market value since Andy Jassy took over as CEO last year, according to The Times.

Jassy received a pay package of more than $212 million in his first year as CEO, according to a company proxy filing in April. Since then the company’s payroll has shrunk by nearly 80,000 people, mostly through attrition, the Times reports.

Jeff Bezos stepped down as Amazon CEO in July 2021 and is now the company’s executive chairman. 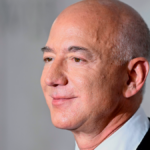 Also Read:
Jeff Bezos Says He Will Give Most of His $124 Billion Fortune to Charity