Amazon stock (AMZN on the NASDAQ) inched up a few bucks per share following news of its blockbuster plans to acquire the legacy Hollywood studio MGM for $8.45 billion. The stock movement was all pre-market, as Amazon closed Tuesday at $3,259.05 per share and opened Wednesday at $3,274.59.

That’s a $15 per share jump, but immaterial to the expensive stock on a percentage basis. Since an initial surge just after the announcement, shares have come back down about halfway.

Less than one hour before the stock markets officially opened on Wednesday, Amazon announced plans to buy MGM for $8.45 billion — significantly more than the $5 billion asking price that owners Anchorage Capital had been seeking late last year.

The 97-year-old studio has a rich library of 4,000 film titles and 17,000 hours of TV programming — which Amazon plans to use to beef up its Prime streaming service as rivals like Netflix, Disney and the soon-to-merge WarnerMedia-Discovery ramp up their content efforts in the streaming space.

As one of Hollywood’s oldest studios, MGM holds one of the largest film archives in the industry. Along with the James Bond and “Rocky” franchises, MGM produces the TV hits “The Handmaid’s Tale” and “Vikings,” as well as reality shows “Survivor” and “The Voice.” 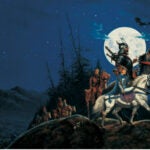 The deal came on the heels of AT&T’s recent deal to spin off WarnerMedia in a merger with Discovery, another indicator of the need for companies with streaming services to gobble up smaller studios or content libraries to feed the streaming beast.

Along with its extensive film and TV library, MGM also owns premium cable network Epix, which earlier this year expanded its partnership with Paramount to make films licensed to the network available on Paramount+. In 2019, the studio grossed just over $23 million at the domestic box office, with the pandemic-delayed 25th Bond film “No Time to Die” slated for an October release in theaters.

Not only does Amazon — with a market cap of more than $1.6 trillion — have deep pockets, but gaining access to MGM’s content is in keeping with its voracious appetite for building its media division. Amazon spent $11 billion in 2020 on movies, TV shows and music for its Amazon Prime service. The company had also recently arranged for Jeff Blackburn, who had left the company in February, to return next month as SVP of a new media division that will include all of the company’s media services, including Amazon Prime, Twitch, Audible and Amazon Studios. 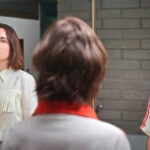