Amazon Studios on Wednesday released its new inclusion policy and an inclusion playbook that serves as guidelines for its collaborators.

“Amazon Studios has long prioritized telling innovative and inclusive stories from a diverse range of creative talent, delighting our global audiences. We wanted to move beyond good intentions to creating mechanisms that hold us accountable to a high bar. This Inclusion Policy and Inclusion Playbook adds important, additional depth and guidance for our internal teams and external partners to ensure we continue to advance our shared mission of amplifying the best creatives and content around the world,” said Latasha Gillespie, Executive Head of Diversity, Equity and Inclusion at Amazon Studios. 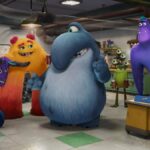 Some of the specific goals included in the playbook are as follows (you can find the whole thing here):

Amazon Studios shared the Policy and Playbook with its creators, including Gloria Calderón Kellett, creator and executive producer of the upcoming series “With Love.” Said Kellett, “I am so proud to be a part of a creative community at Amazon that understands the importance of what I’ve been doing my whole career. Inclusive hiring is what makes change. Opportunity and an eye towards changing things through action is what makes change. Thrilled that Amazon has put together this playbook to start important conversations with their other creatives. This is real action and commitment and I’m thrilled to see it!”

“With the establishment of our Inclusion Policy and Inclusion Playbook, Amazon Studios has committed itself to being a thought and action leader in the transformation of our industry,” said Jennifer Salke, Head of Amazon Studios. “We know how much work there is to be done to improve representation both on camera and behind the scenes, and it starts at home, with us. With clear directives and a commitment to accountability, these guides provide a path toward a more equitable future, both on- and off-camera.”

Amazon also noted that the Playbook is an “evolving document” that will update and change over time.