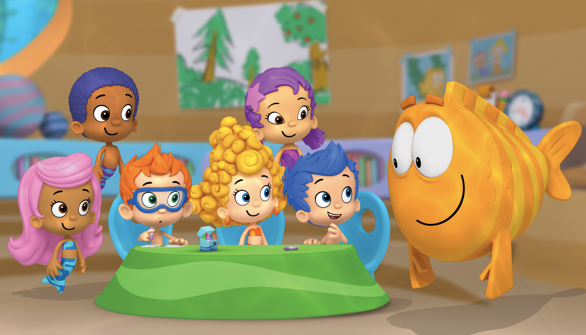 The deal includes TV shows unavailable through any other digital video subscription service. Prime members will have unlimited instant streaming of popular kids shows including "Bubble Guppies," "The Backyardigans," "Team Umizoomi," "Blue’s Clues" and "Victorious," as well as MTV's "Awkward" and Comedy Central's "Tosh.0" and "Workaholics."

LOVEFiLM customers in the UK and Germany will get some of the same shows later this summer.

"Kids shows are one of the most watched TV genres on Prime Instant Video,” said Bill Carr, vice president of digital video and music for Amazon. “And this expanded deal will now bring customers the largest subscription selection of Nickelodeon and Nick Jr. TV shows online, anywhere."

"We are thrilled to be extending and deepening our relationship with Amazon,” said Philippe Dauman, president and CEO of Viacom. “This innovative agreement will provide Prime members with access to even more of our best programming from our major television brands, including many digital video subscription streaming exclusives. Amazon has created a unique, brand-friendly environment for streaming entertainment and consumer products and we are excited to work with Amazon to bring customers shows they love.”

Prime Instant Video offers more than 41,000 movies and TV shows for streaming on Kindle, Apple products, Roku, Xbox 360, PlayStation 3, and Wii, as well as connected TVs and other devices.