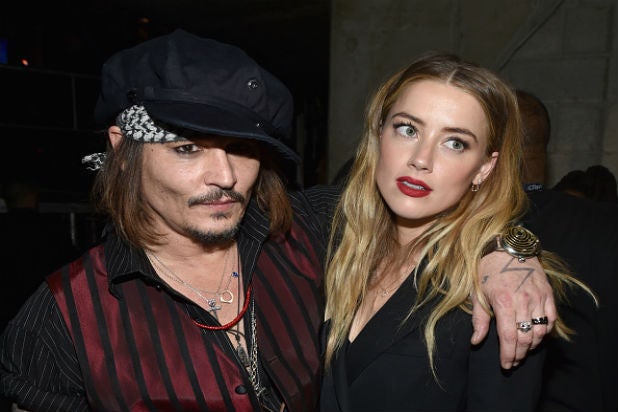 Amber Heard will be bringing a mound of evidence to court next week for a hearing to determine if a restraining order should be granted against her estranged husband Johnny Depp.

A witness list and exhibit list filed by Heard’s lawyer in Los Angeles Superior Court on Monday cites a laundry list of evidence against Depp, who Heard claims was abusive to her throughout their relationship.

Among the evidence cited in the papers: photographs of injuries that Heard claims to have sustained from Depp on May 21, days before she filed for divorce, as well as “text messages and communications exchanged between the parties prior to May 21, 2016 relating to prior incidents of domestic violence involving Respondent.”

Heard’s team also plans to present a medical intake form “completed by Petitioner, in part, in 2015,” as well as a photograph “of Petitioner holding pills in hand on August 19, 2014.”

Heard’s “medical records relating to prior incident of domestic violence” will also be presented, according to the papers.

In all, 28 categories of evidence are listed in the court documents from Heard’s lawyer.

The papers also suggest that “Pirates of the Caribbean” star Depp, who will be called to testify “as an adverse witness,” may have violated the temporary restraining order granted to Heard with some of his conduct and communications following the alleged May 21 domestic violence incident at the couple’s Los Angeles residence.

A psychologist will also be called to testify about “characteristics and traits of victims of domestic violence.”

Heard obtained a restraining order against Depp on May 27, just days after filing for divorce after little more than a year of marriage. Heard claimed that Depp had injured her by throwing a cell phone at her face on May 21.

In filing for the restraining order, Heard produced multiple photos purporting to depict the results of Depp’s domestic violence.