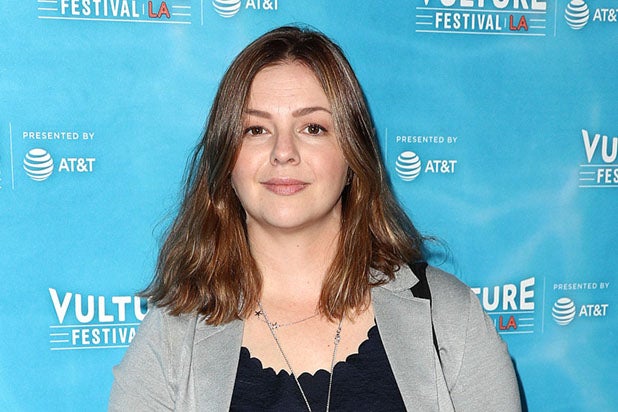 Amber Tamblyn has penned another op-ed in the New York Times, this time explaining why she’s “not ready for the redemption of men” amid the post-Weinstein flood of men coming under fire for sexual harassment or assault.

In the essay, Tamblyn recounted a recent conversation between two of her friends in which a male writer asked if the consequences for the accused were appropriate given the allegations, and wondered if there could be redemption for men like Louis C.K.

“It’s a valid question. But it’s also a question that makes me deeply suspicious of its timing,” she wrote. “Why do we need to talk about the redemption of men when we are right in the middle of the salvation of women? Not even the middle, but the very beginning?”

“Why are we obligated to care about salvaging male careers when we have just begun to tell the stories that have plagued us for lifetimes? It seems some men like a revolution only when it’s their kind of war,” she continued.

Tamblyn argued in favor of a new status quo where bad behavior is not tolerated or excused, one in which the personal and professional consequences for the accused are not immediately presumed to be temporary.

The actress didn’t rule out the possibility that C.K. and others could one day return from their exile, but “the power of celebrity and cultural approval must disappear for the time being so that all women see and believe that consequences do exist.”

Tamblyn previously spoke out against sexual harassment in an NYT op-ed in September, before the allegations against Harvey Weinstein were first reported. In the essay titled “I’m Done With Not Being Believed,” Tamblyn wrote that women are tired of being ignored about sexual harassment.

“For women in America who come forward with stories of harassment, abuse and sexual assault, there are not two sides to every story, however noble that principle might seem. Women do not get to have a side,” she wrote. “They get to have an interrogation.”

Read her full essay at the New York Times.