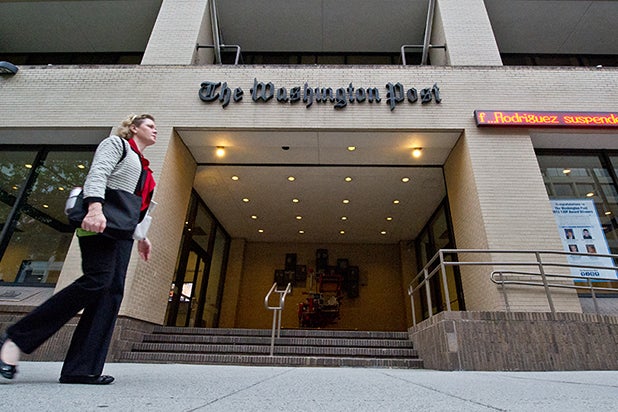 Amblin Television has acquired the rights to the Washington Post’s “At War With the Truth” report, which focused on the Afghanistan Papers, the studio announced Thursday.

Amblin and Jigsaw Productions will work together to created both “an explosive limited documentary series and limited scripted series,” according to a release.

The companies will work closely with the Post and have access to files, recordings, research and materials obtained in the investigation. They’ll also work with the investigative journalist, Craig Whitlock, who uncovered the story. Discussions with distributors are now underway.

The Post’s six-part report came after a three-year investigation and a fight between the publication and the American government over having documents released under the Freedom of Information Act. It tells the unknown history of the war in Afghanistan, showcasing the admissions of failure from leaders who were expressing confidence and pride in public.

In a Thursday statement, Amblin’s Frank and Falvey said, “The opportunity to definitively tell this extraordinary and important story is an exciting one. Thanks to the efforts of Craig Whitlock and all the journalists at The Washington Post, the public finally learned the truth about what has been going on behind closed doors in Washington as it relates to the war in Afghanistan – which has spanned almost two decades, three administrations and cost trillions of taxpayer dollars.”

The Post’s executive editor Marty Baron added, “When Post reporter Craig Whitlock became aware that senior U.S. officials had given confidential interviews about the war in Afghanistan, we knew it was imperative to examine them. When the government sought to maintain secrecy, The Post felt it had to challenge a policy of concealment. The public had a right to a full accounting of why this war has been the nation’s longest, with such a heavy cost in lives, injuries and money. Central to journalism’s role in a democracy is holding government accountable and giving citizens the information they need and deserve to know. In documenting how the public was misled about the war, we believe this work was faithful to that mission.”