Assuming Spades role will be Patrick O’Connell, whose previously of CBS Corporation and Goldman Sachs and joins AMC Networks as Executive Vice President, Chief Financial Officer. He will report to Spade.

Matt Blank, the company’s interim CEO since September 2021, will stay on in a consultant role through the end of the year. Blank said one of the highlights of his year in the position was working with Spade and “the talented team to help develop the company’s direct-to-consumer businesses and strong pipeline of high-quality content. Chris is a strong, versatile leader whom I’ve known and worked closely with for more than 20 years, and I know she’ll bring her strong business and leadership skills, and passion for this company, to her new role.” 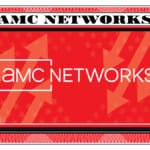 “I am honored to assume the role of CEO. I’m a fan of this company in every respect, its content, brands, and most importantly, its people and dynamic and inclusive culture,” Spade said in a statement. “I’m grateful for the support of Jim [AMC Networks Chairman James Dolan], our Board of Directors and Matt, and I look forward to working with the strong team here to unlock the rich opportunities that lie ahead.”

Dolan thanked Blank for “his leadership over the past year and for the changes he’s brought about in the company and best positioning us for our further pivot into streaming” before turning his attention to Spade, who he called a “proven leader.”

“I’m delighted that Chris is taking over as our new CEO. She is a proven leader with a long track record driving transformative change in media and entertainment,” he said. “I am confident she has the expertise and vision to guide AMC Networks to greater success.”

Spade’s promotion comes after just why of two years at AMC Networks. She joined the company as EVP, CFO in January 2021 and was soon promoted to a new dual role of Chief Operating Officer and Chief Financial Officer that November, where she oversaw the network’s key businesses, financial operations and investor relations and global technology. Just prior to that, she held the EVP, CFO position at ViacomCBS, and before those companies’ December 2019 merger, she served as held that same role at CBS Corporation.

O’Connell is no stranger to the executive world, either. A veteran in the finance and media strategy space, he joins AMC Networks from BRANDED, a consumer e-commerce company where he led strategic planning, financing and acquisitions. 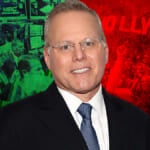