AMC+ has canceled its sci-fi series “Moonhaven,” with the subscription video streaming service reversing its decision just four months ago to renew it for a second season.

The second season from creator and showrunner Peter Ocko was set to span six episodes and return to AMC+ in 2023. The cancellation comes amid programming write-downs and “large-scale layoff” at AMC Networks.

Upon its renewal in July, Dan McDermott, president of entertainment and AMC Studios for AMC Networks, said in a statement, “This is such an engaging and entertaining series, brilliantly conceived and run by Peter. The story is suspenseful, provocative and prescient, and features a phenomenal cast that delivers mesmerizing performances. What Peter and the team are crafting for Season 2 is next level, and the fans will be thrilled.” 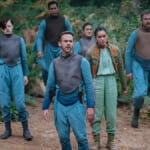 Although AMC Networks grew streaming subscribers by 44% in the third quarter, it saw revenue decline as advertising slumped by 10%, causing profit to fall sharply. Advertising sales had dropped to $180 million from $200 million in the year-ago quarter, due to lower rates, fewer original hours during the quarter. The timing of content licensing revenue also contributed. And international revenue slid 24% to $99 million, weighed down in part by the strong dollar impacting foreign exchange translation.

An internal memo that circulated a week ago penned by chairman James Dolan AMC Networks, revealed a planned “large-scale layoff” amid CEO Christina Spade’s abrupt departure from the company after less than three months. In the note to staff, Dolan said that the company has “directed the executive leadership of AMC Networks to undergo significant cutbacks in operations.” 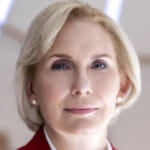