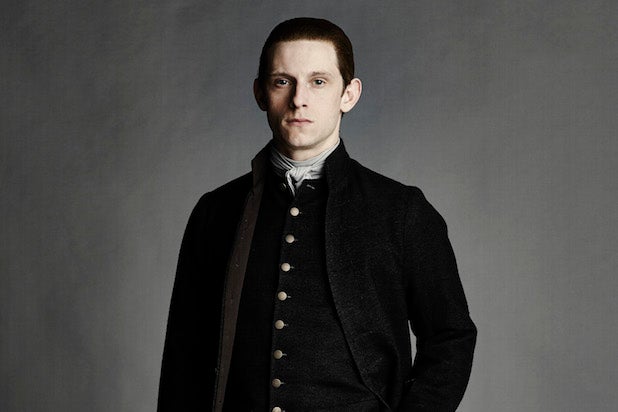 “Turn: Washington’s Spies” has been renewed and will return for a third season in 2016, AMC announced Wednesday.

Jamie Bell stars on the drama about the spy ring that helped America win the Revolutionary War.

“We loved what we saw creatively from the ‘TURN: Washington’s Spies’ team in season two, and the show achieved something that is increasingly rare in television today – a growing audience during the season,” said Charlie Collier, president of AMC and SundanceTV, in a statement. “‘TURN’ continues to attract a dedicated and distinctively upscale audience across multiple platforms, and it has carved out a meaningful space in AMC’s ‘eclectic by design’ programming palette. We look forward to working with Craig Silverstein, Barry Josephson, the expanded cast and entire ‘Turn’ team on season three.”

“Turn” had been considered on the bubble for a renewal, with AMC CEO Josh Sapan saying in May, “We would like [the ratings] to be higher too … The nice thing about ‘Turn’ is that that the last four episodes of the season were all trending up. That’s not a normal trajectory, and the last episode of the season was up double digits (but) we’d like bigger absolute numbers so we have to assess both.”