Shares of AMC Entertainment plunged to a multi-year low Thursday after the movie theater chain said it raised $110 million by selling preferred stock units, and traded $100 million debt for even more of the preferred shares, and it plans to reverse-split its common shares.

The volatile shares are among the “meme stocks” that got pumped up during the pandemic, reaching upwards of $64 in June 2021. While shares still frequently change hands among active traders, they last topped $10 in August and have been sliding in the past few weeks amid broader market turbulence.

The negative market reaction reflects the fact that in addition to the reverse stock split, which would see current holders get one share for each 10 they currently hold, the company wants a vote to convert the preferred units to common shares. That has the effect of diluting the value of the common shares for the current stockholders. 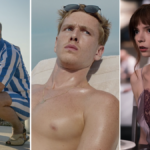 Also Read:
Hey, Oscar Movies: We Get It, Rich People Are Bad

The chain, which operates about 900 theaters around the world, was battered by the pandemic’s move away from in-person movie viewing and what CEO Adam Aron said last month was a lack of new movies to draw crowds back. It said it raised $110 million of new equity capital through the sale of AMC Preferred Equity Units, or “APE” units, to hedge fund Antara Capital at a discounted 66 cents per share, about 3.6% below Wednesday’s 68.5-cent closing price.

AMC announced the creation of APE units as a special dividend for shareholders and a means to raise capital in the future in August. The value of APE units has dropped nearly 90% since it began trading, the the units got a bump of about 72% to trade at $1.17 on Thursday.

The deal also calls for Antara to exchange $100 million in AMC debt that it already holds for more APE units, which AMC said would save about $10 million in annual interest expenses.

Aron said in a statement that the debt exchange follows roughly $180 million of debt reduction already completed this year.

In its quarterly report last month, AMC said it had $11.79 billion in liabilities, including $5.2 billion in corporate debt, on Sept. 30.

“AMC’s ongoing capital raising efforts and balance sheet strengthening continues in earnest,” Aron said. “All should know that our liquidity position is now significantly enhanced, and our balance sheet is strengthened. We look forward to a growing industry box office in 2023 and beyond and also look forward to AMC continuing to benefit from our unique leadership position in the movie theatre industry.” 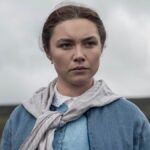 AMC said it will hold a special shareholder meeting to vote the split and the plan to convert APE units into common shares. It did not set a date for the meeting.

Antara has agreed to hold its APE units for up to 90 days and vote them at the special meeting in favor of the proposals, AMC said.

The theater chain previously said it would sell up to 425 million APE units, valued at the time of the announcement in September at about $1.4 billion. The market reacted negatively to that sale as well, sending shares down about 11%.

But Aron said the APEs are “achieving exactly their intended purposes.”

“They have let AMC raise much welcomed cash, reduce debt and in so doing deleverage our balance sheet and allow us to explore possible M&A activity,” he said in a statement. “However, given the consistent trading discount that we are routinely seeing in the price of APE units compared to AMC common shares, we believe it is in the best interests of our shareholders for us to simplify our capital structure, thereby eliminating the discount that has been applied to the APE units in the market.”

Shareholders will also be asked to vote on a plan to give AMC the ability to issue new common shares in the same manner it has been selling APE units, meaning further dilution could be on the horizon.