AMC Entertainment stock was sinking fast on Monday and had dropped more than 11% in trading after the theater chain announced a new distribution agreement to sell up to $1.4 billion worth of “APE” shares.

The so-called “APE” shares, or AMC Preferred Equity Units, have the same economic value and voting rights as a share of common stock. The idea was for AMC to use the proceeds from the sale of the new stock “to repay, refinance, redeem or repurchase” existing debt, as it said in Monday’s filing. The APEs are even named after the meme traders that helped to boost the company’s stock price last year.

The market however soured at that idea, and while the APEs are up on the day, they’ve dropped 41% in value in the past month since the new stocks were first announced by Chief Executive Officer Adam Aron on August 22 at a price of $6, now sitting at $3.78. 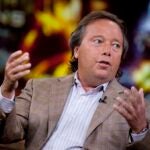 Meanwhile, AMC’s stock itself over that same period has also dropped 21.1%.

While it was disclosed that up to 425 million shares of APEs would be sold, the announcement is a placeholder and does not specifically indicate how many will ultimately be sold or by when. Aron has previously argued that since the shares are going to already existing shareholders rather than going directly on sale, APEs would not dilute AMC’s stock value.

“With the creation of APEs, AMC is deeply and fundamentally strengthening our company. Given the flexibility that APEs will give us, we will likely be able to raise money if we need or so choose, which immensely lessens any survival risk as we continue to work our way through this pandemic to recovery and transformation,” Aron said in the letter announcing their creation last month. 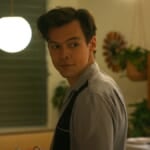