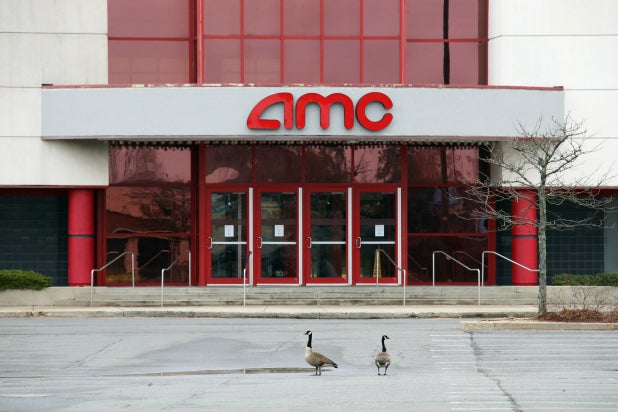 AMC Theatres’ stock price plunged nearly 13% on Tuesday, hours after the nation’s largest cinema company warned it could run out of cash by the end of 2020.

The 12.8% drop pushed AMC’s share price down to $3.55, adding to an already painful year for the theater exhibitor. AMC opened 2020 near $7.50 per share, but it’s been decimated by the impact COVID-19 has had on the movie business and overall economy.

Earlier on Tuesday, AMC sounded the alarm in a filing to the Securities and Exchange Commission, pointing to low attendance figures for theaters that have managed to reopen amid the pandemic and the drought of major Hollywood films to lure moviegoers into its venues.

AMC warned that the already sparse movie slate could get even sparser since “certain competitors” (they’re talking about Cineworld’s Regal Cinemas) have announced the re-closure of their own theaters this month amid the ongoing pandemic.

Alternative methods for AMC to achieve liquidity include borrowing money, taking on investors, selling off assets, attempting to renegotiate theater leases and simply hoping attendance levels are able to increase as COVID-19 continues to shut down everyday American life.

AMC’s problems come as the theater business as a whole grapples with the effects of the coronavirus pandemic. Last week, Cineworld, the parent company of Regal Cinemas, announced the “temporary suspension” of operations at more than 600 theaters in the U.S. and the U.K. That news followed the recent announcement that the latest James Bond flick, “No Time to Die,” was postponed from November to April 2021 — adding to an already extensive list of big-budget movies that have been pushed back due to COVID-19.