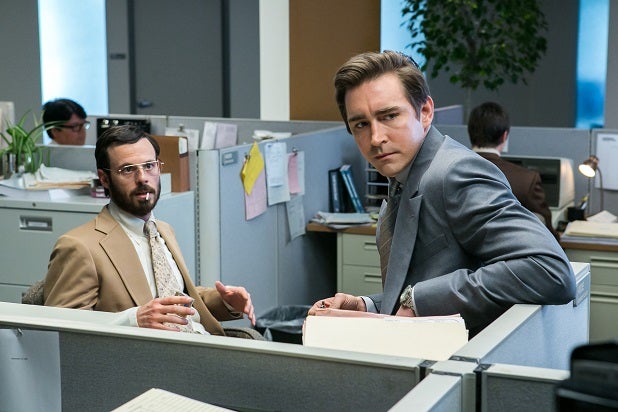 AMC’s upcoming drama “Halt and Catch Fire,” about the rise of the PC era in the 1980s, will premiere June 1 at 10 p.m., the network said Wednesday.

Executive produced by Jonathan Lisco (“Southland”), who also serves as showrunner, “Halt and Catch Fire” follows an unlikely trio — a visionary, an engineer and a prodigy – who take personal and professional risks in the race to build a computer that will change the world as they know it.

The series will make its world premiere Saturday during the film portion of Austin’s SXSW Festival.

In addition to “Halt and Catch Fire,” AMC’s upcoming new dramas include the Revolutionary War spy drama “Turn,” which premieres April 6. The “Breaking Bad” spinoff “Better Call Saul” is slated for a premiere in November.