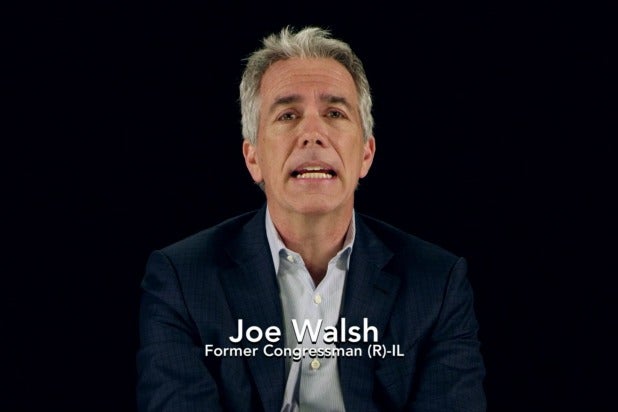 Sacha Baron Cohen’s new series “Who is America?” finds the chameleon comedian back to his pranking ways, setting up “gotcha” interviews with various people, both famous and not-so-famous, and tricking them into going along with dumb stuff. And like on “Da Ali G Show,” Baron Cohen is playing several different characters — four, in fact, in this first episode.

All those characters mean each episode finds Baron Cohen interviewing a variety of people, and making them look dumb. His characters have quite a few ridiculous jokes to dispense in that effort, largely born from the caricatures of people and their politics that he brings to the show. Here are the best jokes from the first episode of Baron Cohen’s “Who is America.”

In interviewing Bernie Sanders, Baron Cohen’s character, a right-wing Infowars-esque guy called Dr. Billy Wayne Ruddick Jr., Ph.D., discusses income inequality. Ruddick tells Sanders that he has a plan to bring everyone in America into the 1 percent. When Sanders points out that that doesn’t make sense thanks to math, Dr. Ruddick busts out the most ridiculous chart to try to explain the pseudo-science of “moving the 99 into the 1 percent.”

Also Read: What Really Is the Point of Sacha Baron Cohen's 'Who Is America?'

One of the best low-key moments of the episode came not as a line of dialogue but rather just the title animation for Ruddick’s show. On a black screen we see the word “LIEBRARY,” which then morphs into Truthbrary, which is the name of Ruddick’s website. It’s so insane and yet works perfectly as a summation of the Ruddick character’s whole deal.

Turning the American flag into the Chinese flag with period blood

In one segment, Baron Cohen introduces a super-stereotypical liberal character, Dr. Nira Cain-N’Degeocello, who has dinner with a Trump delegate and her husband, telling them about some of his more ludicrous ideas. When he talks about his fictional young daughter Malala, Baron Cohen’s character explains that she recently started menstruating, and her parents are encouraging “free bleeding” — on an American flag. They’re doing this, Baron Cohen says, to teach her about the bloodshed necessary to create the United States. And also, as a bonus, all that blood apparently makes the American flag look like the Chinese flag, he explains. 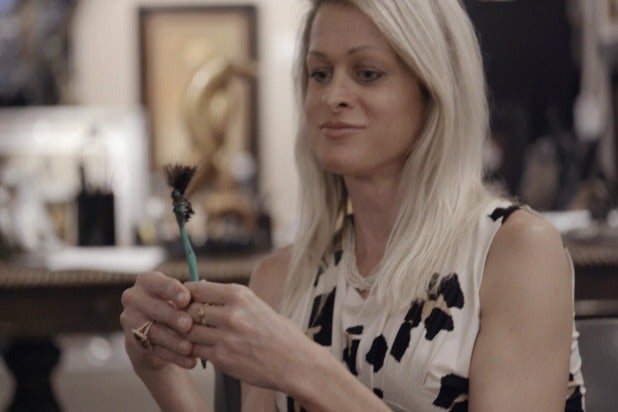 Posing as ex-con-turned-avant-garde artist Rick Sherman, Baron Cohen tells an art dealer who runs a gallery about his method of using bodily excretions to create his art. When he shows off a paintbrush he says is made from the pubic hairs of famous artists, he asks the woman to contribute her own hairs to the brush — which she does, on camera (though there’s no nudity).

Getting Larry Pratt to laugh at the most horrifying joke 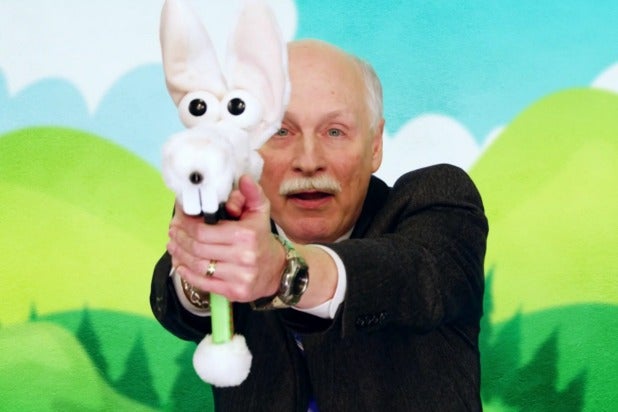 Morad also meets with gun rights advocate and Virginia Citizens Defense League President Philip Van Cleave, and the pair discuss the idea of arming children. The pair make an instructional video for “Kinderguardians,” featuring guns created for children, such as the Puppy Pistol, Gunny Rabbit, and Uzicorn. The most ridiculous part is when Van Cleave sings “aim at the head, shoulders, not the toes, not the toes” to help train kids on where to aim when they’re shooting people.

Morad managed to get the Kinderguardians program endorsed by several conservative personalities, including radio host Joe Walsh, Rep. Dana Rohrabacher, Rep. Joe Wilson and former Sen. Trent Lott. He also gets Pratt to read a bunch of fake scientific facts about why it’s a good idea to arm children. Pratt says that children under 4 process images 80 percent faster than adults. “Meaning that essentially, like owls, they can see in slow motion.”

“A rudimentary knowledge of mortars”

Former Congressman and conservative radio host Joe Walsh reads a rundown explaining the details of the Kinderguardians program, in which he says that it’ll teach children how to use a variety of firearms, as well as give them “a rudimentary knowledge of mortars.” One would have thought that would have set off alarm bells that he was being duped — and if not that line, then Walsh’s next: “In just one month, a first grader can become a first grenadier.”

You can watch the episode for yourself right now on Showtime’s standalone streaming service or on Showtime Anytime.