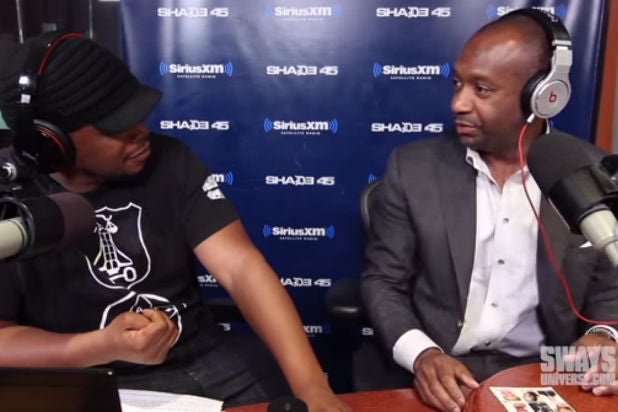 The founder of the American Black Film Festival is speaking out about Hollywood’s longstanding trend of whitewashing historically ethnic parts in movies.

Specifically citing December’s controversial “Exodus: Gods and Kings,” in which and played biblical figures Moses and Ramses while non-white actors played slaves and servants, ABFF founder Jeff Friday says he understands both the outrage and the decision to cast those stars.

“I see both sides of that. If you want to tell a true story, they should not have been all white actors,” Friday said on radio personality Sway’s SirusXM show on Monday.

“But when you spend $140 million. Hollywood truly believes that black doesn’t travel. So, as a producer, make yourself … you can put A$AP Rocky in the movie or you can put in the movie. You’re gonna put the person that you think sells the most tickets.”

Friday continued, “Capitalism takes over from ration or rationability in most cases with Hollywood. There’s always the struggle between what is the truth and what’s gonna make money.”

The ABFF, which kicks off next week, was created 18 years ago to showcase stories by and about people of African descent. While many fans look toward feature films to showcase diverse storytelling, Friday says digital platforms are just as important.

But he cautioned, people of color need to band together and create their own opportunities instead of depending on entertainment icons like , and to level the playing field.

“We always talk about Tyler and Oprah, and we pick on these people. ‘Why doesn’t Denzel have a studio?’ He doesn’t want a studio! Let’s put our coins together, create something, go out and find the next Rick Famuyiwa  the next Ryan Coolger ().”

You can watch Friday’s full interview below. His comments about producing content are at the 3:50 mark, and he discusses Hollywood whitewashing at 13:01.