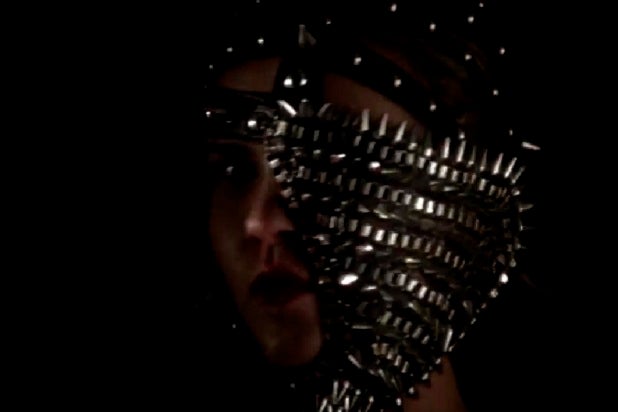 “Here it is!” Murphy tweeted on Wednesday. “The sexy scary main title for AHS: Coven. Can you spot the clues?”

Well, not really. As is the “American Horror Story” tradition, the title sequence packs in a boatload of imagery that offers little in the way of explanation but works overtime to creep out the viewer.

Within the minute-long sequence, we get a cabal of woods-dwellers who look like they could be Klansmen, but probably aren’t. (But then again, maybe they are! Executive producer Tim Minear revealed at the Television Critics Assn. press tour this summer that the series shifts through time, and newcomer Kathy Bates plays Madame LaLaurie, a Louisiana socialite who became notorious for the torture and murder of black slaves.)

And then there’s a voodoo doll. And some type of half-human, half-goat type creature. And what appears to be the results of a super-primitive facial surgery.

What you won’t see in the title sequence: the names of Angela Bassett and Gabourey Sidibe, who signed onto the series for its upcoming third incarnation. Curiouser and curiouser….

Check out the “American Horror Story: Coven” title sequence below: