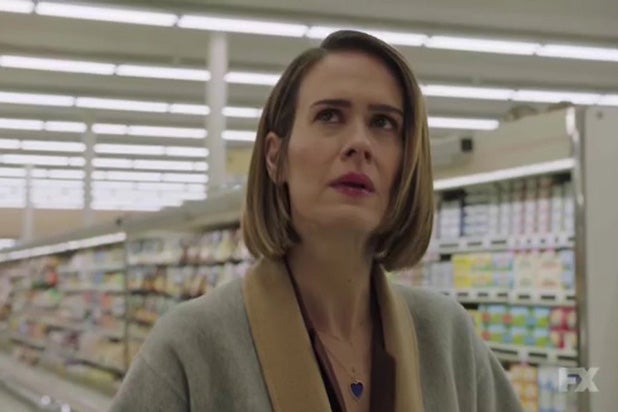 After a long wait and many teases, FX has finally unveiled the first trailer for “American Horror Story: Cult.”

The seventh installment of the Ryan Murphy horror anthology series stars Sarah Paulson as a woman whose Coulrophobia — fear of clowns — is reignited somehow by the election of Donald Trump as president. Those fears are only inflamed by “AHS” newcomer Billie Lourd, who appears to be playing her son’s babysitter, and her mysterious friend, played by Evan Peters.

The first trailer features a clown-led home invasion, suggesting the season could be a much more grounded horror story than past seasons, which have at various points included more fantastical elements such as ghosts, aliens and witches.

On Monday the opening credits for the season were put online, featuring menacing shots of characters in Trump and Hillary Clinton masks and other cryptic imagery.

Watch the full trailer at the show’s official website.