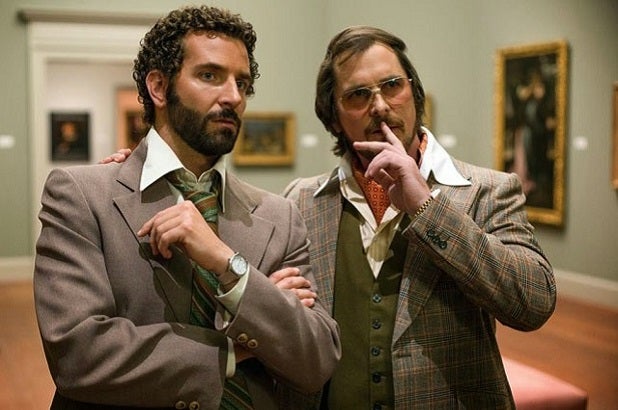 The comedy-drama set against the backdrop of the 1970s Abscam corruption scandal was riding a ton of momentum, after capturing seven nominations at this week’s Golden Globes, including best picture.

“American Hustle,” from Columbia Pictures and Annapurna Pictures, is set to go nationwide into around 2,500 theaters on Wednesday.

“We’re set up to be a contender and we’re very much looking forward to this ride,” Sony’s distribution chief Rory Bruer told TheWrap Sunday, “and we think it’s going be a long one.”

Disney’s “Saving Mr. Banks,” which stars Tom Hanks and Emma Thompson in the story of the making of “Mary Poppins,” opened in 15 major-market theaters to $421,000, a roughly $28,000 per-screen average. Also in the best picture conversation, “Mr. Banks” goes nationwide on Wednesday, too.

Also planning to expand next weekend is the Weinstein Company’s “Mandela: Long Walk To Freedom.” It was in four theaters this week and brought in $31,809 for a $7,953 per-location average.

Paramount Vantage added 137 theaters for Alexander Payne’s “Nebraska” this weekend, and the drama starring Bruce Dern and June Squibb brought in $850,000 from 250 theaters for a $3,400 per-screen average.