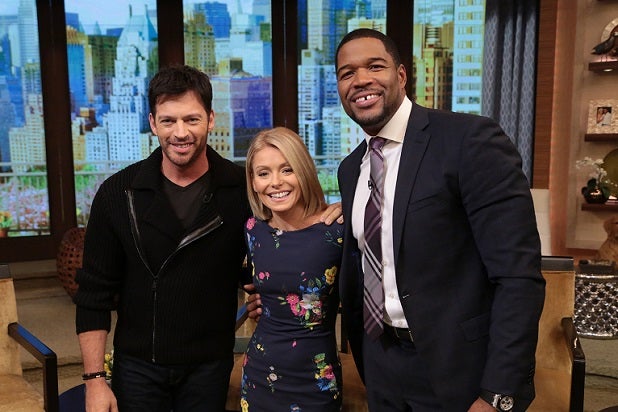 “American Idol” fans, rest assured; when the Fox singing competition returns for a new season, the judges’ panel will have at least one returning face.

Harry Connick Jr., who came onto the series’ current season following a shakeup that saw the departure of judges Mariah Carey and Nicki Minaj, confirmed Wednesday that he will be back to work when the recently announced 14th season premieres.

Connick made the announcement on Wednesday’s edition of “Live With Kelly and Michael.”

“Congratulations,” co-host Michael Strahan said of the “Idol” renewal. “Are you going to come back?”

“I’ll be back,” Connick stated.

See video: Harry Connick, Jr. Super-Excited About Selfie With the Back of Leonard Nimoy’s Head

It has not yet been announced whether Jennifer Lopez, who returned to the show as a judge this season, and Keith Urban will be back for the 14th season. However, host Ryan Seacrest has re-upped with the show for another season, with an option to return for another season after that.

During his appearance on “Live With Kelly and Michael,” Connick also reflected on the importance of being honest in his judging duties.

“I mean, I was hired to be a judge and I think it’s very important to be honest. I think Jen called me ‘Harsh Harry’ the first day of auditions, which is all fun and stuff. It’s a TV show,” Connick offered.

“But I think the harshest thing I could do for any of these young performers is to say, ‘Oh yeah, yeah, nice job. Jen, what do you think?’ I have an opportunity to try to give them very specific advice in a very short amount of time. I take that really seriously because I know what it’s like to be in competitions.