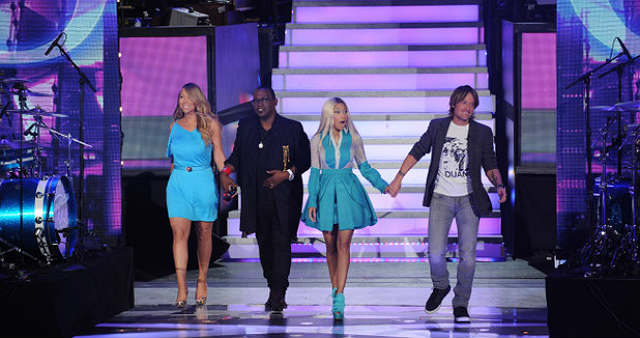 When Fox introduced the stars of its unscripted shows at its upfront presentation to advertisers Monday, none of the "American Idol" judges were among them.

It was hard not to read into their absence: TheWrap reported last week that all four current judges are on their way out.

Of course it's possible the "Idol" judges couldn't attend the upfront because they are in Los Angeles for their show — but so are the judges of NBC's "The Voice," and NBC still managed to wrangle its judges Monday for a video message to advertisers.

Earlier Monday, in a call with reporters, Reilly said he had no news on the "Idol" judges, but said the show would "likely" return to having three next season. He also said the judges were "welcome back, absolutely" and that "everything is on the table."