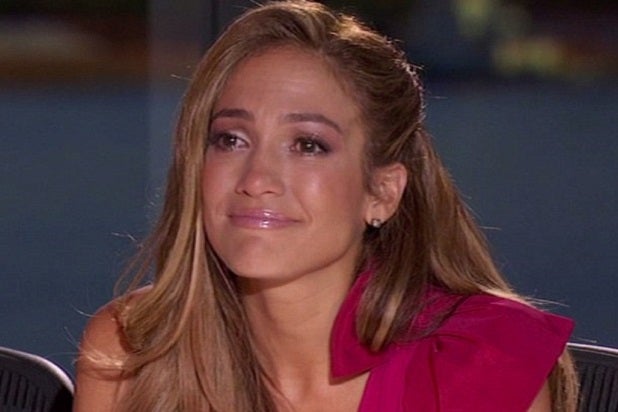 Every show lucky enough to last 13 seasons hits highs and lows — but few shows climb as high as “American Idol,” so few shows slide as far.

The show hit an all-times ratings low last Thursday of 1.7 in the key 18-49 demographic, less than a sixth the show’s average rating peak. (Granted, that number doesn’t take Live + 7 numbers — which take into account all viewers over a week — so it’s uncertain what kind of lift that episode will receive with delayed viewing.) During its high-water mark, the fifth season, it averaged a 12.6 rating in the demo.

At first the road downhill was gentle. But it started to get bumpy in Season 11 — the second season with judges Jennifer Lopez and Steven Tyler. The show tumbled more than two full ratings points from the previous season, to an average 6.0 for the season.

Part of the problem? The music show market was getting glutted, thanks in large part to the success of NBC’s new hit “The Voice,” which borrowed plenty of elements from “Idol.”

The current “Idol” season is averaging a 3.7 — its lowest average yet.

But the fat lady hasn’t sung. Every show would envy the long streak of “Idol,” and most would admire its current ratings as well.

The show has endured even as a show it largely inspired — Simon Cowell‘s “X Factor” — came and went.

Here’s a look at the show’s ratings since the beginning. The ratings cover all viewers over a week where those numbers are available, and include the latest numbers possible.