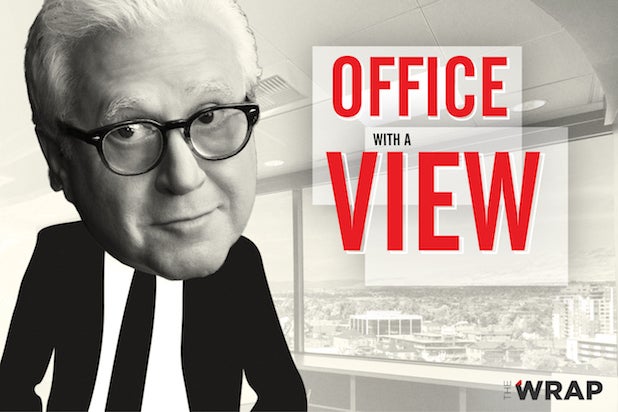 Despite an ever-changing marketplace and some serious competition from YouTube, “America’s Funniest Home Videos” is celebrating its 25th anniversary next week, officially becoming the longest-running primetime entertainment show in the history of ABC.

“I was scared.” executive producer and series creator, Vin Di Bona, told TheWrap. “But as someone told me, you can look through YouTube and one out of 10 clips is funny. If you want to laugh for an hour, good luck.”

If you want to know just how iconic “AFV” has become over the years, consider this: The show has given away $14 million in prize money, and has sifted through more than a million submissions. It’s currently syndicated in 193 countries around the world, and the Smithsonian now owns the camcorder used to immortalize the first winning clip. In 2012, “AFV” hit a major milestone: 500 episodes, an accomplishment held by only three other primetime entertainment shows: “Lassie,” “Gunsmoke” and “The Simpsons.”

“After the pilot aired, two days later, the network said to me, ‘We’d like you to do 11 more shows. Can you deliver them?'” recalls Di Bona. “I said, ‘Oh absolutely,’ and I walked out of the office thinking, ‘I’m a dead man.'”

Not only did Di Bona not die, he lived to make history.

TheWrap spoke with Di Bona about the show’s long-running success and how it managed to stay relevant in the YouTube era.

TheWrap: When YouTube came about, were you worried it might kill your show?
Vin Di Bona: We fought YouTube tooth and nail for the first three or four years when it first came out. About three years ago, we decided there’s never going to be a way we can fight it. So, instead, we decided to learn how to engage our audience with some of these new platforms. Over the past two years, a very large concerted effort has been made to establish a really strong Facebook contingency, as well as to go after all the new platforms. And not just Twitter and Pinterest, but also Netflix, Hulu, and Amazon to create new segments… So that’s really helped us a lot.

How do you manage to stay cool and relevant when younger viewers are fleeing to the Web?
I don’t care about staying cool or relevant. My biggest concern is staying funny. Funny is more important than cool. Cool is transitory, funny is a constant.

Also read: Disney Interactive President on Life After Shakeup, Staying Ahead: 'We Need to Change the Tires'

Were you worried people might get tired of watching cute clips year after year?
There are so few family shows that people can sit down and watch together. About 93 percent of our viewers are watching live. It’s appointment television for the family.

You had two different hosts: Bob Saget and Tom Bergeron. How did they differ?
Saget loved to do voiceovers. He did the voices for all the people and the animals in the videos. We wrote to that for the first eight years. He was an absolute performer and many people didn’t realize it was Bob doing the voices. Tom liked to see the video, and then set up some kind of premise about the video… It’s been a shift. Tom’s not a comic. He’s more of set it up and then react kind of guy.

Is there ever a moment when you say to yourself, I think I’ve seen it all?
No, because there are new families, new audiences, and now with smartphones everywhere the ability to catch something is that much easier.

When do you know a clip is funny enough to make it into the show?
We rate the clips from one to 10. Anything that falls between a five and an eight makes the show. Nine and 10 are very rare. But the ratio of clips that come in, to the clips that are used is 100 to one. So, for every 100 clips that come in we’re likely to use one.

What are you planning to do on the actual anniversary (Nov. 26)? Any big viewing parties?
I will probably just have some turkey. I think we’re all going to be apart in different areas of the country. Aside from holding hands and singing kumbaya, we’ve had a couple of celebrations in the studio already. I think we’ll be fairly thankful. I’m thankful for the people that work with me, and produce the show. It’s the best crew in TV. The crew actually likes to come to the show taping, so it’s kinda fun.