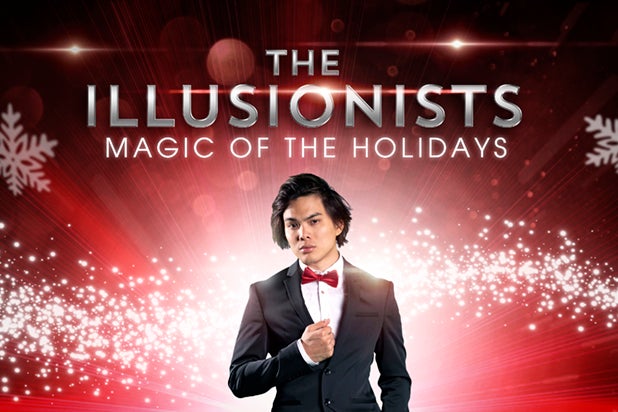 Newly-minted “America’s Got Talent” winner Shin Lim will make his Broadway debut this November as part of the “The Illusionists” holiday-themed show, the group announced Thursday.

The 26-year-old magician will be featured in “The Illusionists — Magic of the Holidays,” which will have a run at New York City’s Marquis Theatre from Friday, Nov. 23 through Sunday, Dec. 30.

In addition to Lim, the line-up for the “The Grand Illusionist” Darcy Oake; “The Futurist” Adam Trent; “The Deductionist” Colin Cloud; “The Sorceress” Chloé Crawford; and another group of “America’s Got Talent” finalists, Light Balance.

“The Illusionists” is a touring magic show with a rotating line-up, featuring a mixture of illusions, close-up magic, mentalism, escape acts, and technological spectacle. Simon Painter serves as creative producer for the show, with Tim Lawson as executive producer and Neil Dorward directing.

Lim was crowned the Season 13 winner of “America’s Got Talent” on Wednesday night, besting the Austria-based dance troupe Zurcaroh and violinist Brian King Joseph with sleight of hand card tricks and close-up illusions.