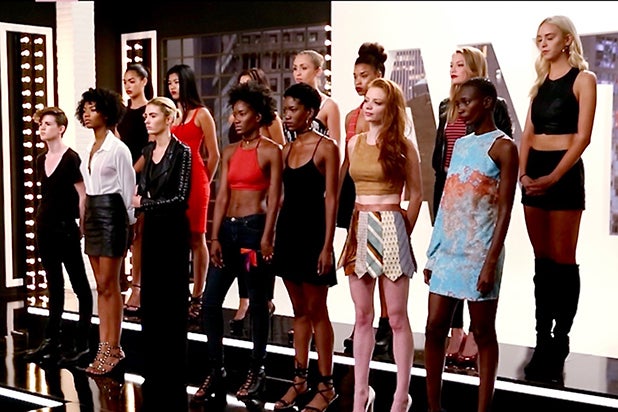 For “America’s Next Top Model” fans who were upset by the show’s cancellation by the CW last year, executive producer Ken Mok says the show’s new network, VH1, is a better home for the show.

“If you look at the history of the show, ‘Top Model’ has always been probably one of the most, if not the most diverse shows on television,” Mok said in an interview with TheWrap. “And that’s something our former network wasn’t always comfortable with. But it’s so refreshing with VH1, not only are they on board with our diversity perspective, they completely champion it.”

The show, which is currently in its 23rd season after 15 years on the air, first debuted on UPN in 2003, then was carried over onto the CW after UPN merged with WB. Now, it’s been revived by VH1 after just over a year off the air, with a new panel of judges and a new host in singer/actress/model Rita Ora.

For those fans who’ve grown accustomed to seeing Tyra Banks at the helm of the network-hopping competition show, a new, Tyra-less season could be a tough sell. But Mok says not to worry.

“Rita is such a good host,” he said. “She’s 25 years old, but when she’s up on that panel, she really feels like an older mentor to these cast members. She really knows what she’s talking about. People are going to be really, really surprised just how good she is at that role.”

TheWrap: What makes VH1 a good home for “Top Model”?
Mok: I actually think VH1 is the perfect broadcast partner for us because they fit the particular demographic of our show. They really go after the millennials and the younger audience, which has really been the cornerstone of “Top Model” for all these years. I think the other thing that has made them such a great broadcast partner, if you look at the history of the show, “Top Model” has always been probably one of the most, if not the most diverse shows on television … And that’s something our former network wasn’t always comfortable with. But it’s so refreshing with VH1. Not only are they on board with our diversity perspective, they completely champion it.

How has the show had to evolve as it has changed networks?
I think all throughout our history — we’ve been on the air for 15 years now — we’ve never been afraid of change. You always have to keep the show fresh. Fashion is always changing and you have to keep up with the times. So from UPN to CW, you’ll see that we’ve changed our panel many, many times to keep the talent fresh. We’ve had Twiggy on there, Paulina Porizkova, Janice Dickinson, Andre Leon Talley. We’ve always changed with the times in terms of talent, or embracing technology like social media.

Now, with this new cycle on VH1, we’re starting from ground zero. Tyra, being the smart business woman she is, said “Look, it’s time for me to step behind the scenes. Let’s get a brand new panel there so we can really say the show is fresh and brand new.” So we’ve got a whole new team that appears on the show with Rita, Law, Drew and Ashley. We’ve really approached in a completely new way because what was the traditional definition of a model 15 years ago is not the same now.

Has it been a tough sell to get the audience back on board without Tyra as the host?
I don’t really think so. Obviously, whenever you make a monumental change like that, it’s a little unsettling. You worry a little bit. But you’re going to see that Rita is such a good host. She’s 25 years old, but when she’s up on that panel, she really feels like an older mentor to these cast members. She really knows what she’s talking about. People are going to be really, really surprised just how good she is at that role.

Can you walk through how you selected the new judging panel? What were you looking for going in?
Well, Ashley [Graham] was an easy one. By the way, she was Tyra’s pick right off the bat. Rita is kind of the person who represents the new paradigm of the model, but we also really needed a traditional model on there. Because nowadays — and I think “Top Model” takes a little bit of credit for this — we really tried to move the culture when we first started in terms of what beauty was and what the definition of a model was. When we first started, it was more monochromatic. It was the tall, white blonde. Now, it’s completely different. All of that stuff has been shattered. So when we said we needed to get a model on board, right away Tyra said we need Ashley Graham. She’s so great, and so articulate, so she was the perfect addition. And when you have her and Rita, they really balance each other really well.

With Drew [Elliott], we wanted a hip perspective. Someone who understood the fashion world in a really deep way. Drew was the guy who took Paper magazine and really blew it up. He broke the internet with his cover of Kim Kardashian. And then we really wanted somebody who could speak to the style of fashion, and Law Roach is one of the hottest stylists out there right now. We were really able to cover every aspect of the fashion world. I think we got kind of lucky here with these four people.

How did you go about casting the models? And what was behind the decision to go back to all women?
When we decided to start fresh, we really wanted to go back to the roots of “Top Model,” which was all women in the cast. It’s interesting — and Tyra always said this from the beginning — the modeling industry is one of those rare industries where women rule … So we said to VH1 that we wanted to go back to our roots and start from our very base again. Play to the strengths of what the fashion world is.

In terms of casting the show this year, because of the way the culture has changed in the last 15 years, when we first started there was no such things as social media. There was no Twitter, there was no Instagram. Nobody had any of this. Now social media rules. If you’re a model these days, it’s as important to have followers as it is to have anything else. So when we were casting this, we really wanted to find young women who were already starting to build their social media presence.

How will social media play a role in the competition going forward?
You’re going to see that there’s going to be a lot of challenges that involve getting your message out there in very short soundbites, or branding yourself in a very short way. Trying to get X number of followers to come on board with you. Defining your brand, and booking yourself as a brand.

Should longtime fans of the show expect any other major changes? Or will it  more or less be the same show they’ve been watching for 15 years?
We kept the DNA of the show the same. You’ve got girls living together. You’ve got girls that are being taught something. You’ve got girls that are being issued challenges and doing photo shoots. I don’t think that’ll ever change, because that’s what the fashion industry is about. So it’s comfort food. You’ll be able to come to the show and settle in very quickly. There’s no massive disruption of what the format is.