The Academy of Motion Picture Arts and Sciences announced on Friday that the Academy Foundation has awarded $500,000 in grants to 73 schools and film-related nonprofit organizations.

The money was targeted at internship programs in colleges and universities ranging from NYU, USC, CalArts and UCLA to Montclair State in New Jersey and Columbia College Hollywood in Tarzana; women, minority and job training programs from the American Film Institute, Film Independent’s Project: Involve and Inner-City Filmmakers; and screening series and visiting filmmaker programs from a variety of colleges, film festivals and organizations, from major organizations like the George Eastman House and the Writers Guild Foundation to small ventures like the Micromedia screening series at the Echo Park Film Center (below)in Los Angeles. 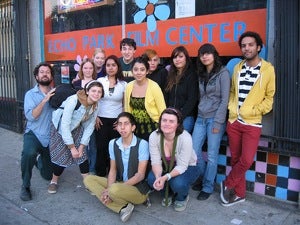 “The Academy strives to make the motion picture industry as accessible as possible to new talent and the public,” said Grants Committee Chair Andrew Marlowe in the press release announcing the grants.

Last year the Academy Foundation awarded the same amount of money to 64 organizations. Over its 42-year history, the foundation has awarded more than 700 institutional grants and $6.3 million in funding. It also supplies funding for film scholars, cultural organizations and film festivals, with an annual disbursement of more than $1 million.

More information on the grants program is available at http://www.oscars.org/education-outreach/grants/.