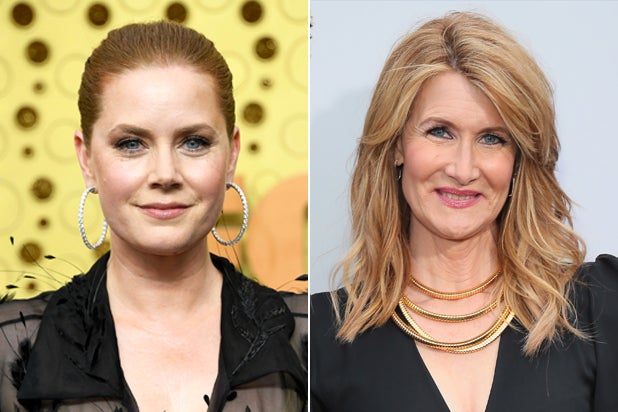 Amy Adams and Laura Dern are teaming up for an adaptation of the novel “The Most Fun We Ever Had” currently in development at HBO.

Based on Claire Lombardo’s 2019 novel of the same name, “The Most Fun We Ever Had” follows four sisters, each struggling to exist in the shadow of their parents’ idyllic marriage, whose lives are complicated by the unexpected return of the son one of them gave up for adoption fifteen years earlier.

Lombardo will serve as a writer and executive producer on the adaptation, with Anya Epstein (“I Know This Much Is True,” “The Affair”) to serve as showrunner.

The new project keeps both Dern and Adams in business at HBO after scoring Emmy nominations this year for their roles on “Big Little Lies” and “Sharp Objects,” respectively. In addition to starring, Adams also served as an executive producer on “Sharp Objects” via her company Bond Group Entertainment.

Launched earlier this year, Bond Group has a first-look deal with HBO and already has multiple projects in development at the premium cable network, including an adaptation of Barbara Kingsolver’s “Poisonwood Bible.” Dern and her company, Jaywalker Pictures, have “The Dolls” set up at HBO, a limited series in which Dern is set to star alongside “Insecure’s” Issa Rae.

Stacy O’Neil of Bond Group and Jayme Lemons of Jaywalker are also aboard “The Most Fun We Ever Had” as executive producers, with Bond Group’s Kate Clifford to serve as co-EP.