“The Woman in the Window,” the Netflix thriller and mystery starring Amy Adams, was watched for 500 million minutes online in its first three days, Nielsen said in its weekly streaming figures. It was good enough to top the list of film titles for the week of May 10, but was a quieter debut compared to some recent streaming hits.

“The Woman in the Window” placed just 5 million minutes ahead of “The Mitchells vs. The Machines,” which had its third straight week among the top spots on Nielsen’s list after previously being watched for 853 million minutes the week of May 3. “Woman in the Window” and “The Mitchells” were also the No. 9 and No. 10 most streamed titles overall, behind popular series such as “Jupiter’s Legacy” and “The Handmaid’s Tale.”

That said, titles like the Michael B. Jordan thriller “Without Remorse” or the Melissa McCarthy comedy “Thunder Force” debuted far stronger, and it’s the lowest movie to lead the week in streaming films since Netflix’s “Stowaway” dropped the week of April 19 and was watched for 359 million minutes. 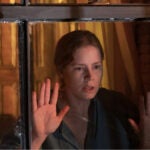 Another Netflix film that also debuted on May 14, the same day as “Woman in the Window,” was the crime drama “I Am All Girls.” It found its way to No. 8 on Nielsen’s list with 104 million streaming minutes. The film stars Erica Wessels in a story about an investigator who teams with a serial killer to bring down a sex trafficking syndicate.

Just behind it at No. 9 was “Monster,” which dropped on Netflix May 7 and stars Kelvin Harrison Jr., ASAP Rocky and John David Washington in a crime drama about a teenager who witnesses a murder. It was viewed for 102 million minutes during the week of May 10.

“The Woman in the Window” is directed by Joe Wright and was originally meant to be a theatrical release from 20th Century Studios before winding up on Netflix. The film stars Adams as an agoraphobic woman living alone in New York who witnesses her new friend being murdered, only to fear that her eyes may be deceiving her. Gary Oldman, Julianne Moore, Anthony Mackie, Bryan Tyree Henry and Jennifer Jason Leigh also star in the film. 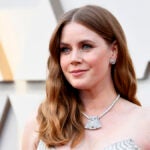