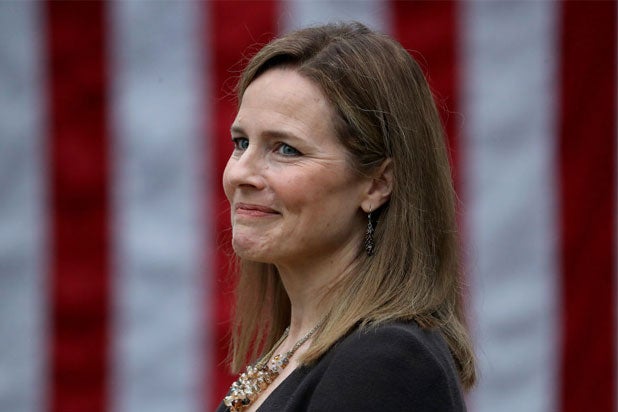 Images posted to social on Tuesday of a fly landing on the shoulder of Supreme Court nominee Amy Coney Barrett during her confirmation hearing were doctored.

TheWrap initially reported the image as real, but after watching live footage from the hearing determined it to be manipulated media.

Flies have no political affiliation or regard for live televised events. One landed on 2016’s Democratic nominee, Hillary Clinton, during a debate in the last election cycle, too.