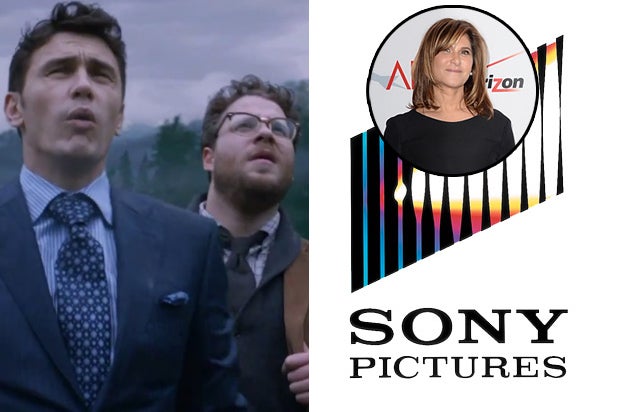 Sony Pictures co-chairman Amy Pascal has been pummelled by a hacking scandal at her studio that has seen the entire contents of her email leaked online by still unknown cyber-attackers. She spoke to TheWrap on Thursday after another punishing day of leaks during which the executive was forced to apologize for a series of emails that had racially insensitive references.

What happens from here?  The leaks seem not to be stopping.
I have a studio to run. We are putting movies out. Everyone here is working. I wouldn’t wish this on my worst enemy. It’s business as usual here.

Are you aware that Bloomberg has a story that employee health records had been leaked?
I was not aware. There’s a meeting waiting for me (to provide an update).

Do you believe there is other embarrassing information in your email that will see the light of day?
I don’t know. They have everyone’s emails in this company for the last 10 years.

I don’t believe all the emails were leaked.
I imagine that all the information that was stolen for this company will be available at some point if people want to find it.  What I’m focused on is healing and going forward.

I understand you received another email message from the hackers today?
I don’t want to speculate about that.

But there was another message today?
If it’s online, then you have it. I know there was one sent.

What has been the message from Tokyo (headquarters)?
Tokyo is very supportive.

But what specifically?
They are saying, “We are here.”

How would you characterize company morale at this point?
Everyone is banding together to get through this. Sometimes adversity leads to banding together in a positive way. I’m really proud of the way they have been stepping up.