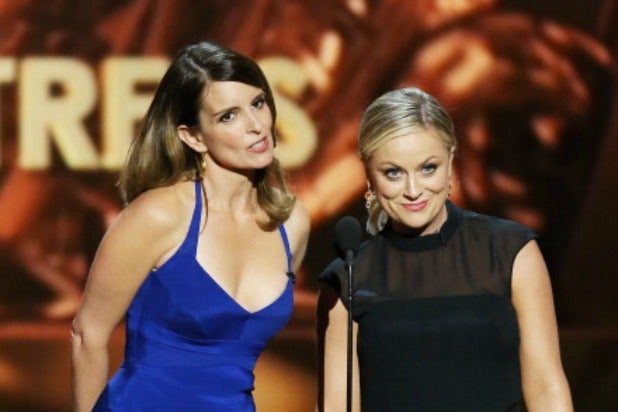 Amy Poehler and Tina Fey will return to host the Golden Globes for the next two years, it was announced Tuesday.

The former “Saturday Night Live” castmates will be back in both 2014 and 2015 after scoring the show its best ratings in six years with January’s ceremony, which they first co-hosted to wide acclaim.

“It’s wonderful news,” said HFPA president Theo Kingma. “They have always been our first choice as hosts and we’re delighted they are back for the next two years.”

Poehler seemed to predict the threepeat in this year’s ceremony, when she said of previous host Ricky Gervais, “when you run afoul of the Hollywood Foreign Press, they make you host the show two more times.”

Other zingers at this year’s awards included this one from Poehler about “Zero Dark Thirty” director Kathryn Bigelow: “When it comes to torture, I trust the lady who spent three years married to James Cameron.”