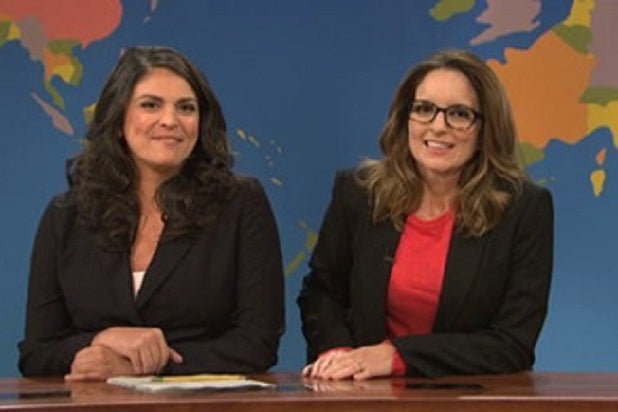 Tina Fey‘s return to her old “Saturday Night Live” stomping grounds turned out to be quite the draw — the season premiere of the late-night show on Saturday delivered the series’ best debut ratings in three years.

The Season 39 premiere, hosted by Fey, drew a 2.4 rating/10 share in the advertiser-coveted 18-49 demographic — up 9 percent from last season’s premiere.

Interestingly, Fey’s episode was the highest rated premiere since the 2010 season premiere — which was hosted by her former Weekend Update colleague Amy Poehler. That episode, with musical guest Katy Perry, had a 2.6 rating.